As discussed in Ezekiel 48 on this web site, the focus of attention are the details concerning the division of the land among the 12 tribes, and more detail on the city, where the name of the Lord is. The following is from the notes on Ezekiel 45 as a reference concerning the breakdown of the holy portion of land, which again is not drawn to scale but only illustrates the main points of Ezekiel 45:1-25.

The second graphic is a continuation of the above, but with the additional information concerning the city that is added to the bottom center of the graphic. The city is straddled to the east and west by a pasture area where food will be grown for those who support the city. In this chapter, the city is described as having twelve gates, three on each wall. Every gate is named by one of the twelve tribes of Israel. 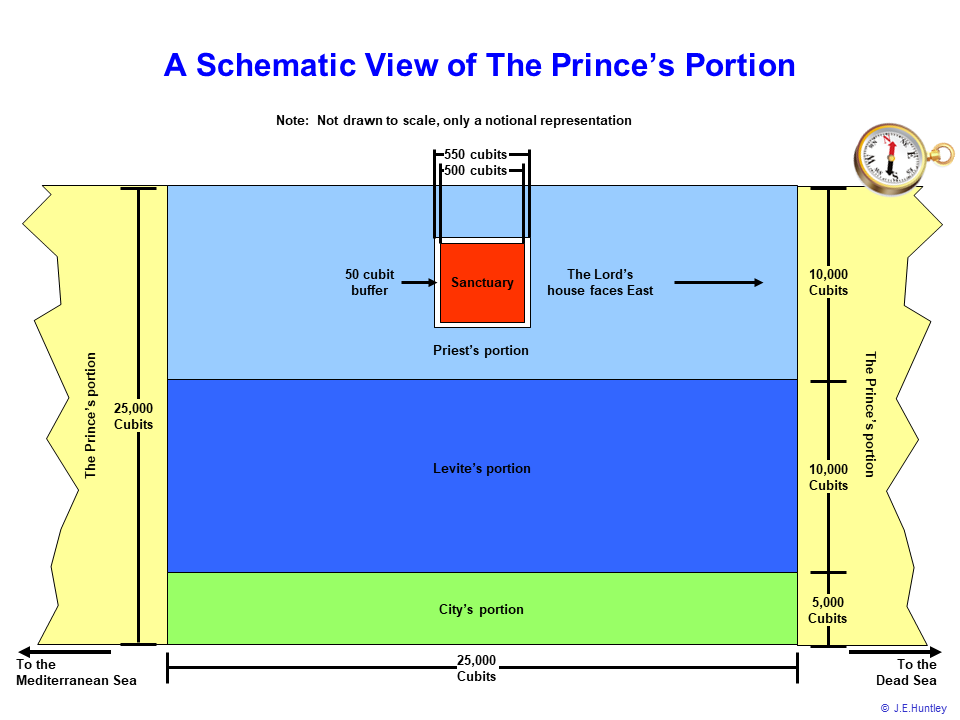 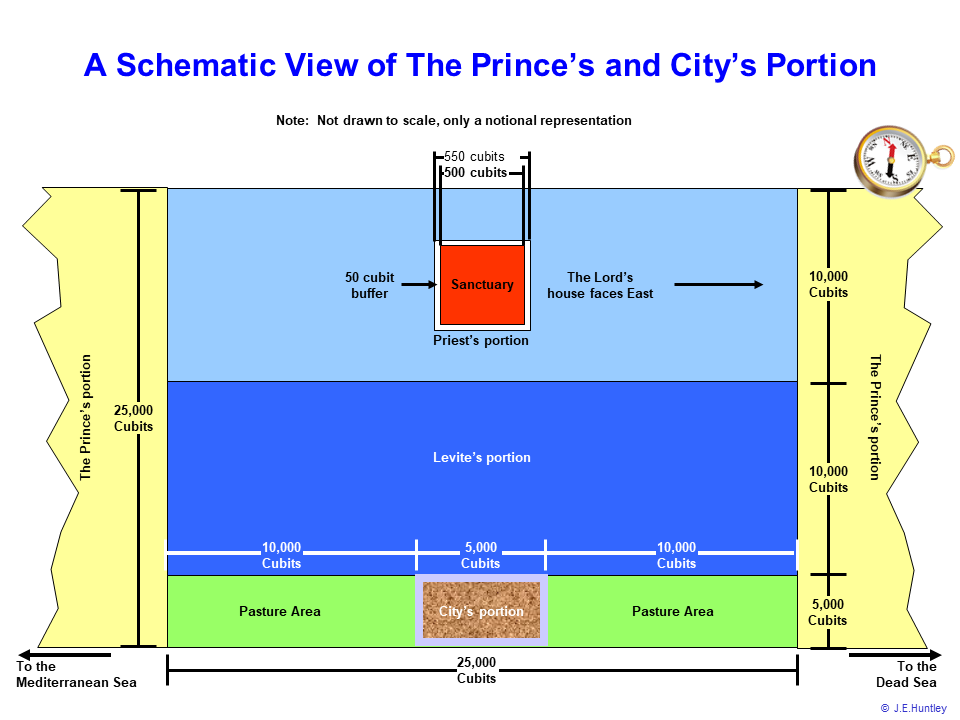