The following time line shows the existence of the city of Petra from Old Testament times through the end of the tribulation to the battle of Armageddon. The phased in figure is just to illustrate that after the abandonment of the city by the Edomites. Then, the site becomes increasingly more important over time for the potential use by the Jews escaping from the eventual persecution of the Antichrist when it occurs after the beginning of the seven years of tribulation. As discussed in Ezekiel 35 on this site, the evacuation to this city by the Jews will occur during the second half of the tribulation. Since there is no firm date given for the beginning of the tribulation, only relative time to an event, the increase shading of the arrow reflects the ever increasing potential of that event occurring.

The second timeline is the aggregate timeline for Ezekiel 34 and Ezekiel 35 to concurrent events along the timeline that impact the people of Israel.

Following the timeline below is a modern map of the region to providing the reader with the approximate geographic location of Petra. This will provide context to the distances that people in that day will have to cover to escape from the horror of the Antichrist. The distances are significant when on foot, and as the Lord warned, and is far more serious for women who are pregnant or with small children. Their journey will be particularly difficult, Matthew 24:15-21. 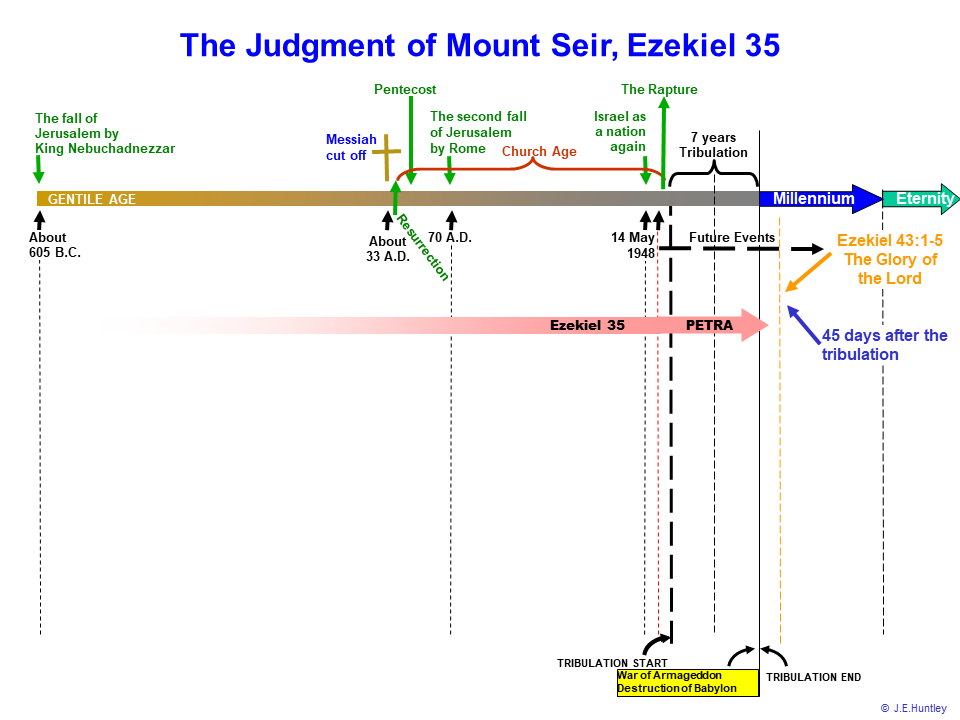 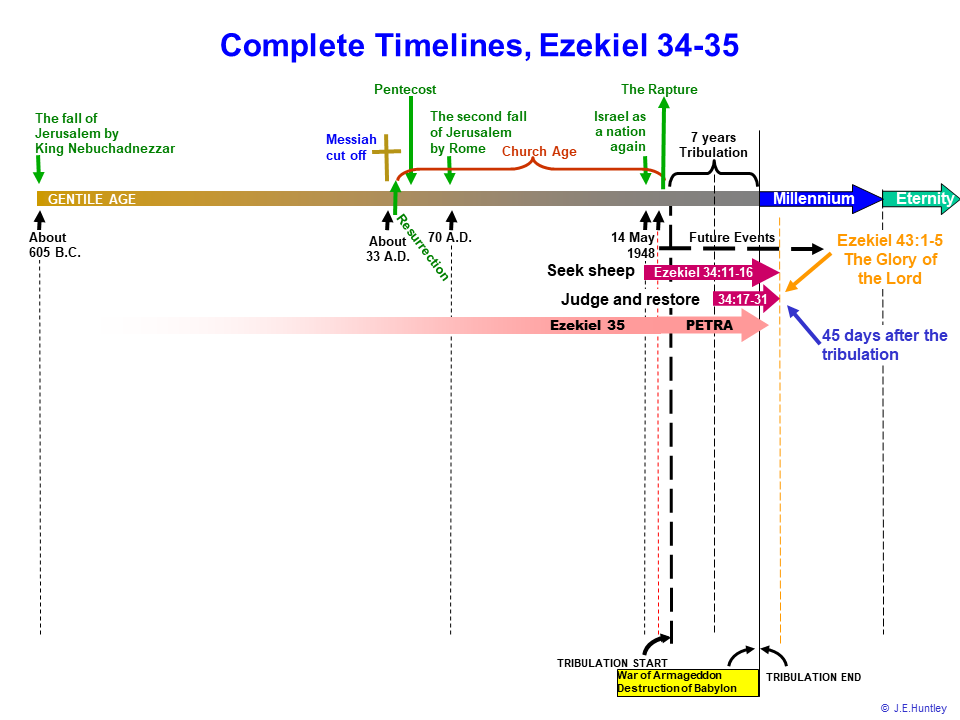 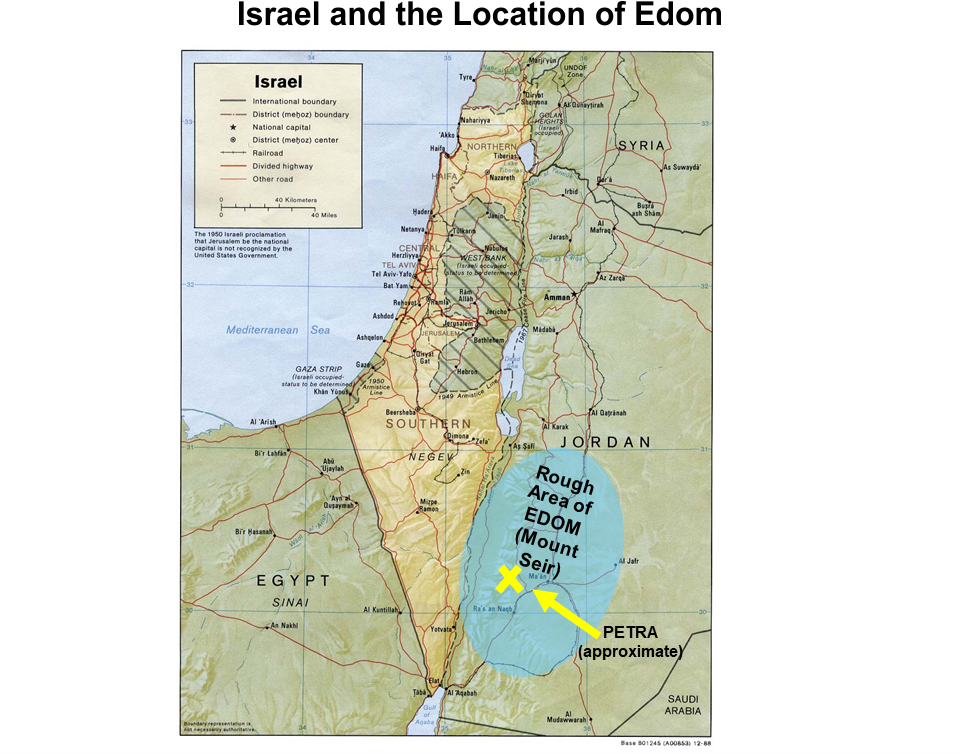