As described in the web page on Ezekiel 38, there is no time or trigger event that is given to initiate the invasion of Gog and his confederates into northern Israel. Some argue that these events can occur before or after the rapture of the church, while others connect these events with the battle of Armageddon. The preference for this web site is that the invasion will occur immediately after the rapture of the church, which is inferred with the descriptive language in Ezekiel 38:4, where the Lord will put hooks in the jaw of Gog and turn him around. So in general, the following timeline provides a general view of when a possible time maybe for the invasion between the rapture and the beginning of the tribulation. Some mistake that the rapture starts the tribulation. The two key events that initiate the tribulation are the signing of the seven year covenant between the government that the Antichrist represents and Israel, Daniel 9:26-27. The second event is the opening of the first seal by the Lord Jesus Christ, Revelation 6:1-2. There is no definitive length of time given between the rapture and the beginning of the tribulation. More time may elapse than what many take for granted.

The next timeline below the horizontal gold bar, is the aggregation of the timelines from Ezekiel 34:1-31 through Ezekiel 38:1-23.

The first map below the timelines serves as aid to gain an understanding of the magnitude concerning the military strength that could be levied against Israel. The following maps provide a view of the geographic breadth of the Muslims that surround the land of Israel.

The final map builds on the first map, highlighting those countries who may constitute the confederation with Gog to war against Israel, in red shading. Note that not every country, even Israel's immediate neighbors are joining the invasion force. The countries of origin who do participate are still very formidable. 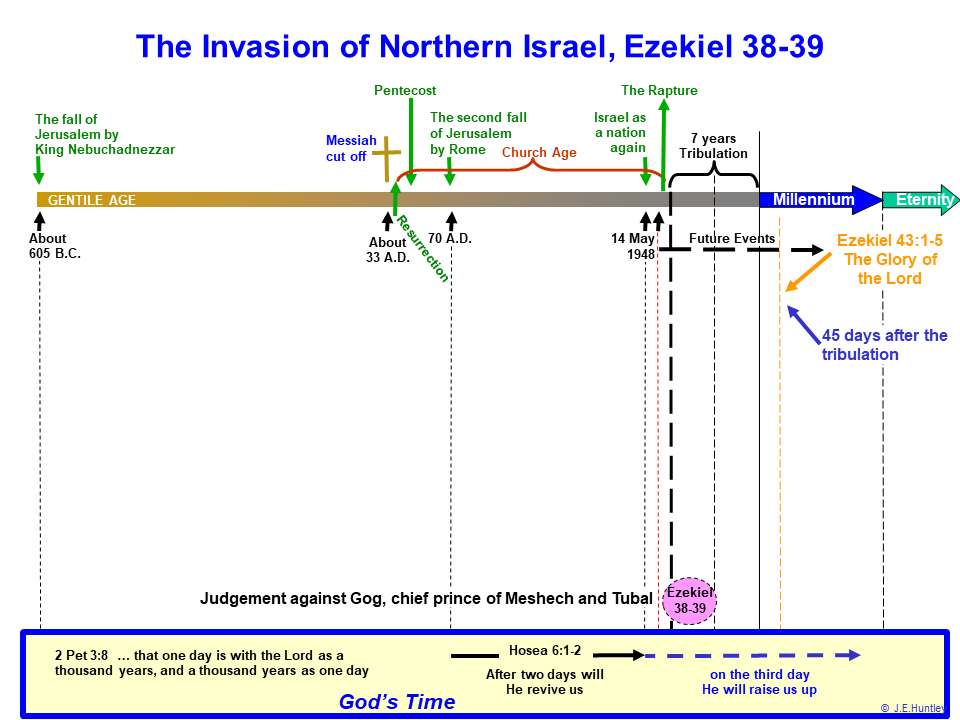 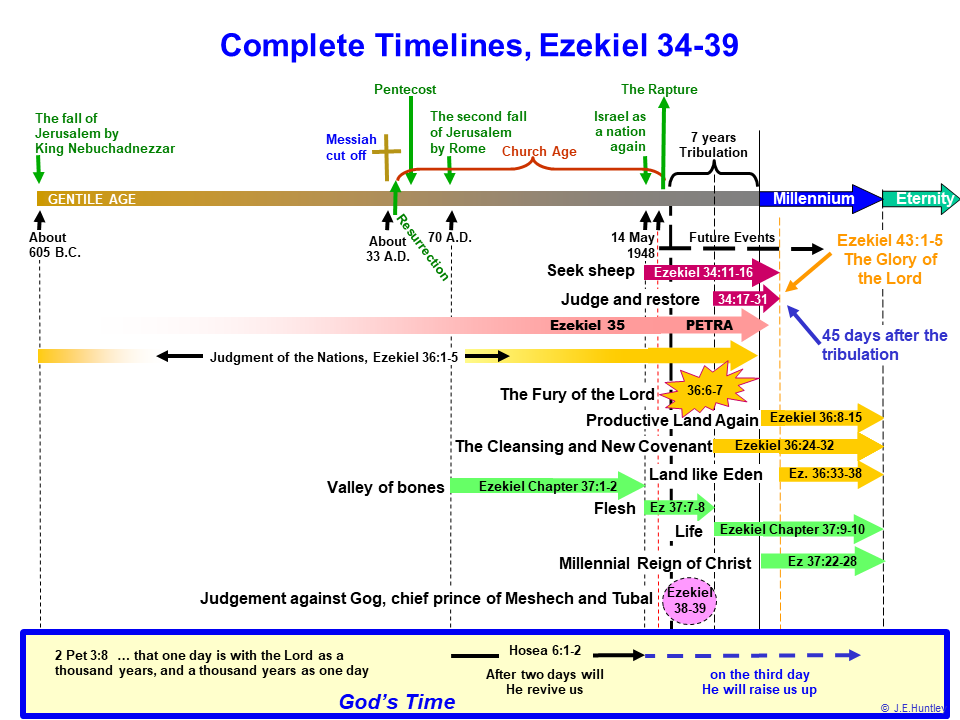 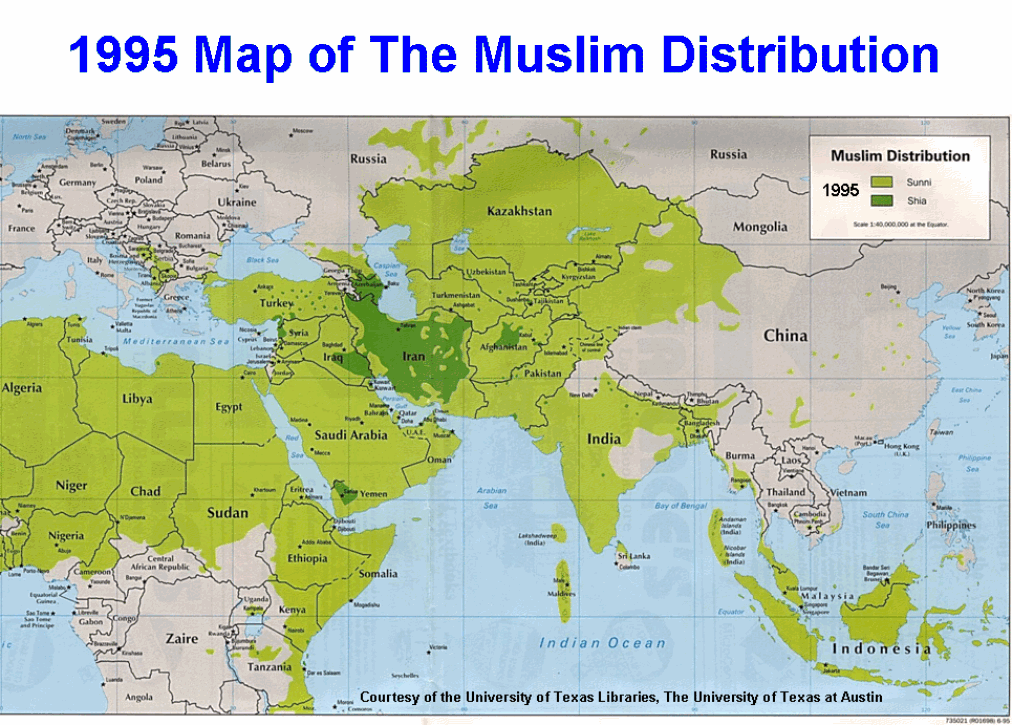 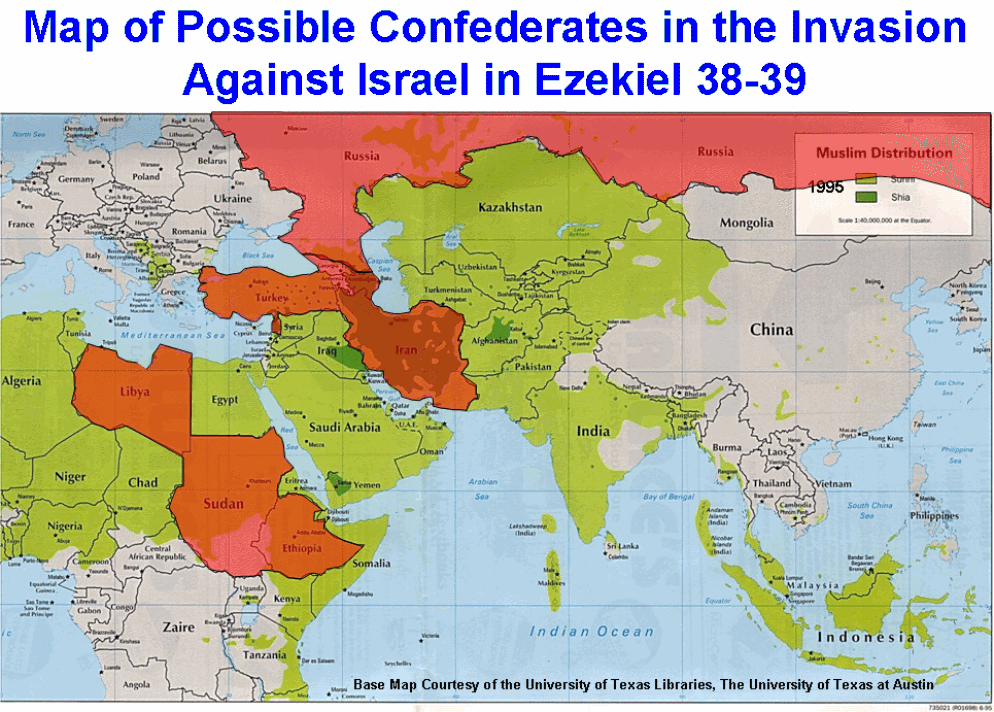