Revelation 20:1-15, in just a few verses, provides great insight to significant events that occur over a long period of time. These events are shown in the graphic below and do not necessarily indicate precisely the time of when the events occur along the timeline. This non-linear view is due to the limitations in the size of the arrows, which make it difficult to show their near simultaneous occurrence. The synoptic views of the events that occur sequentially are: 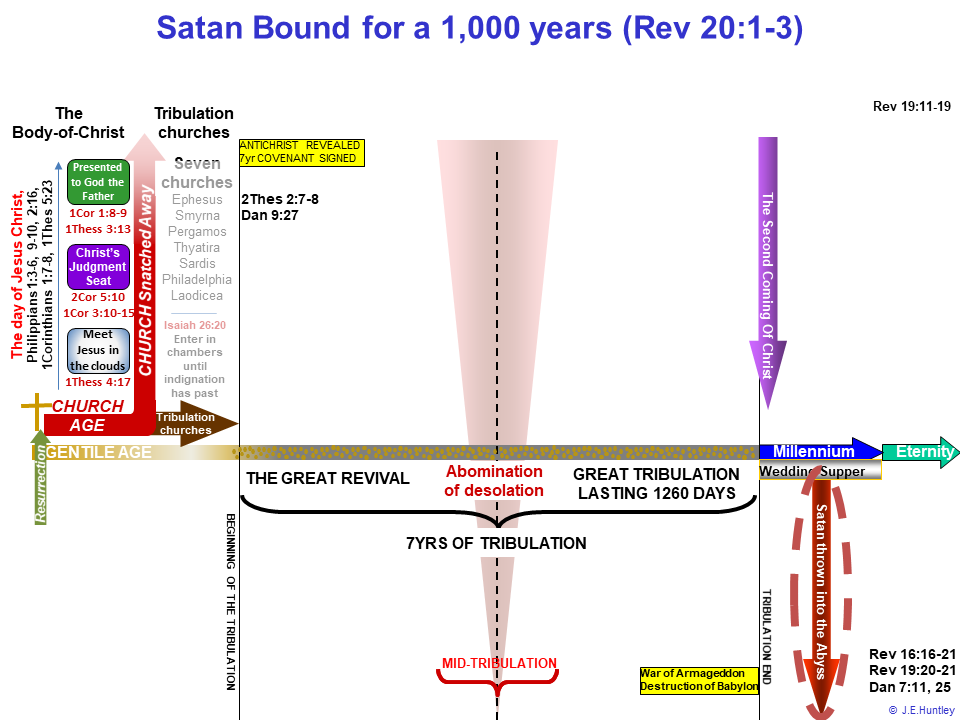 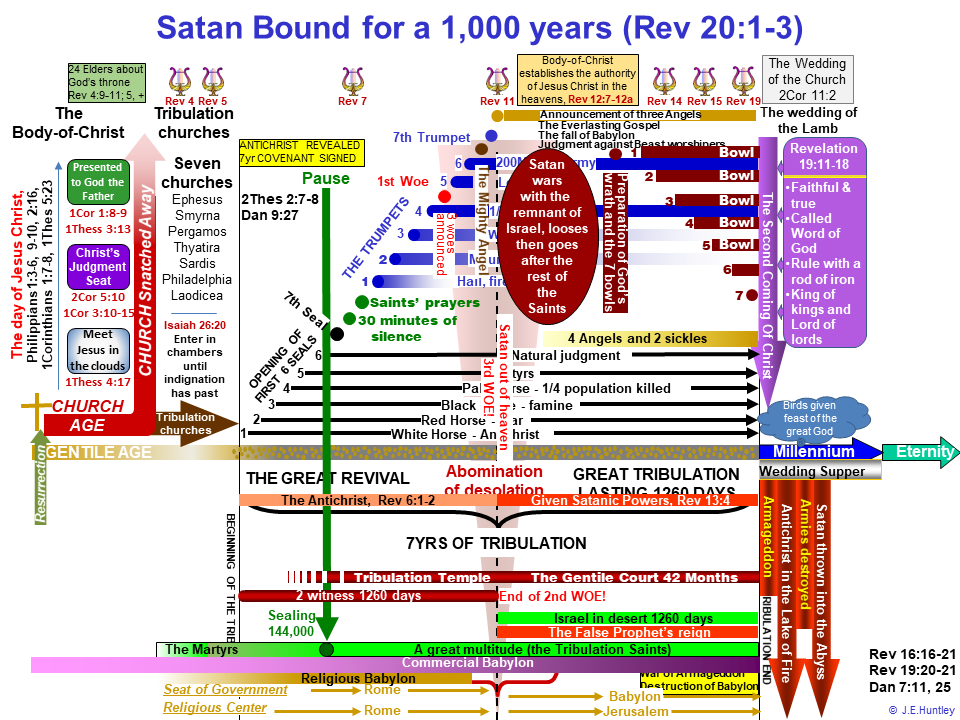 The next chart highlights the complete defeat of Satan. 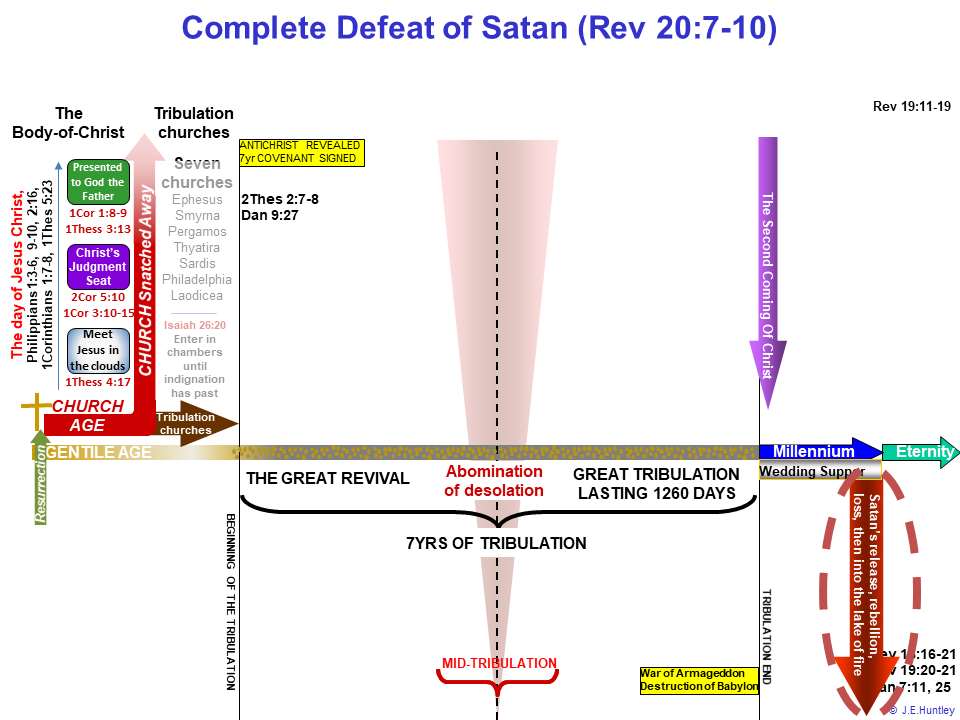 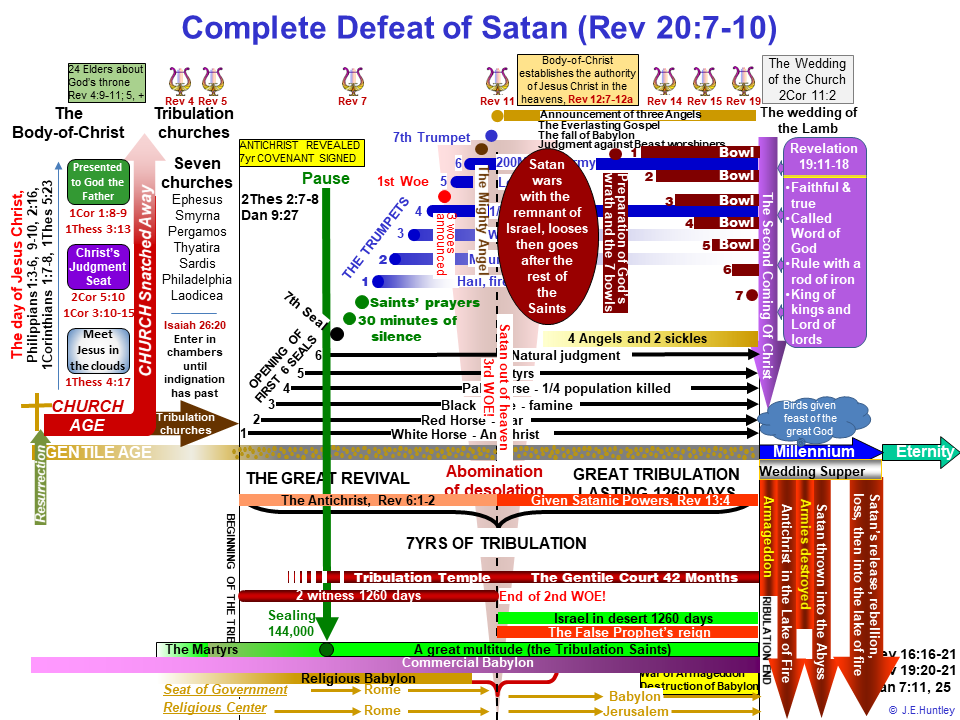 This chart shows the second resurrection and the great white throne judgement. 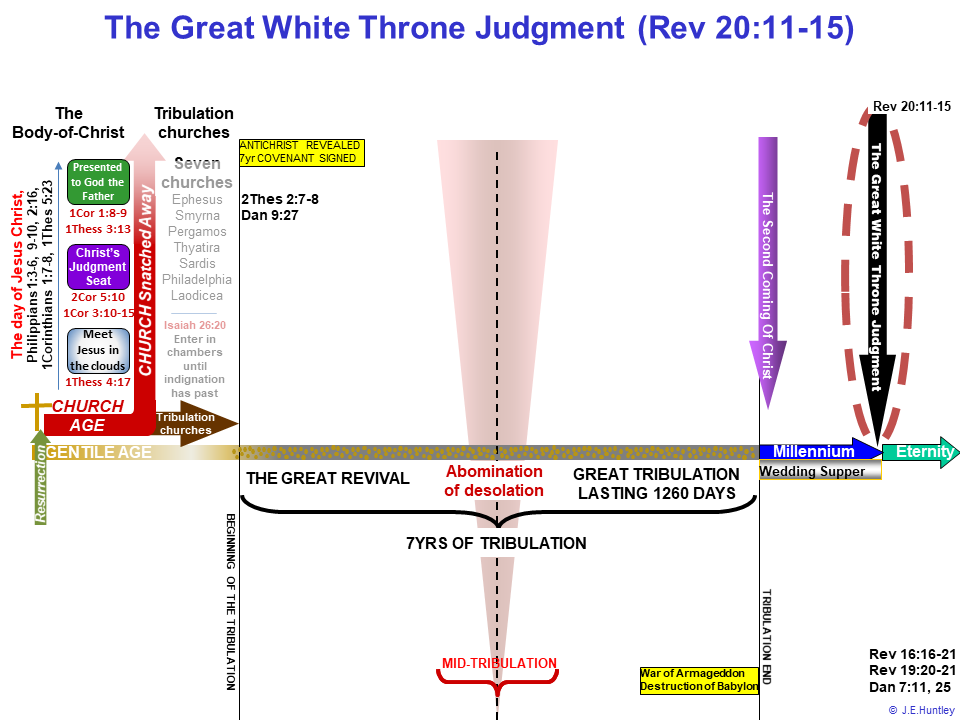 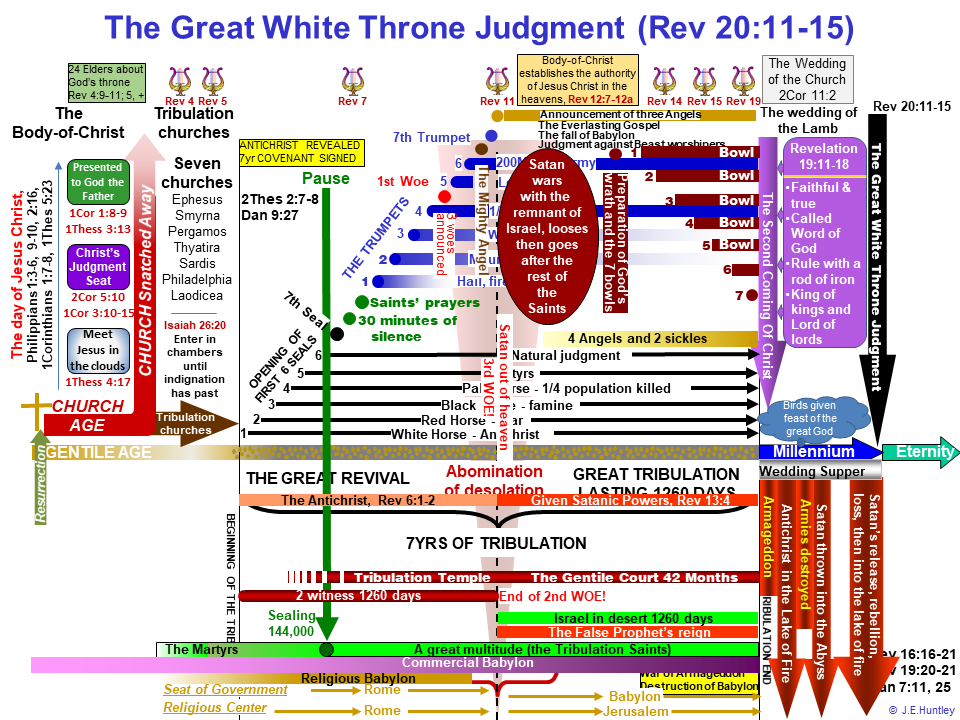 This last set of charts is what Peter wrote, concerning the burning up of the heavens and earth. 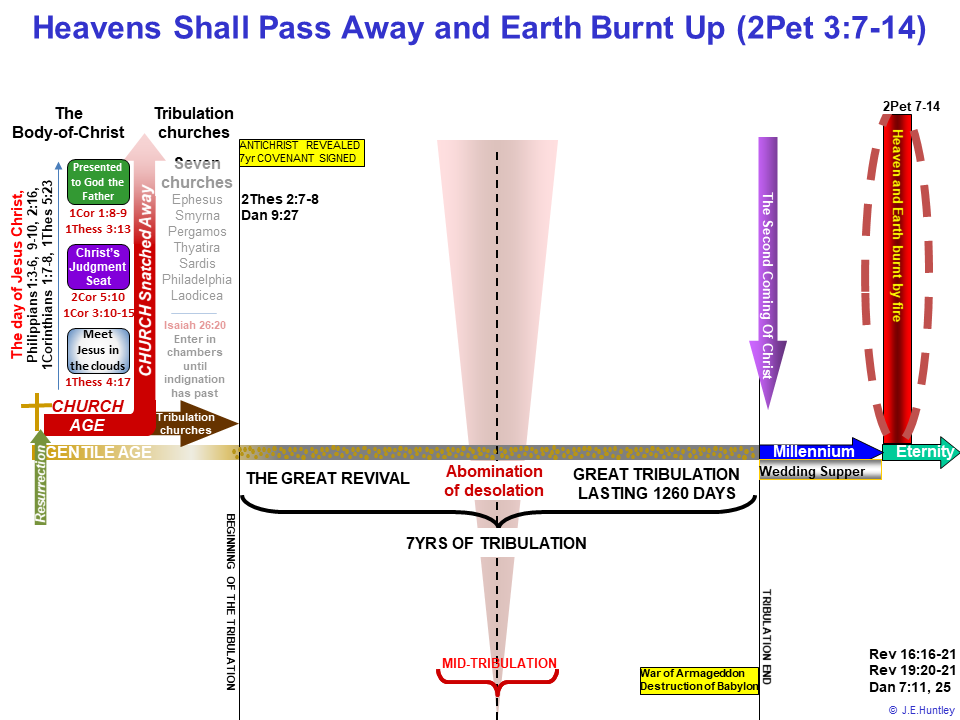 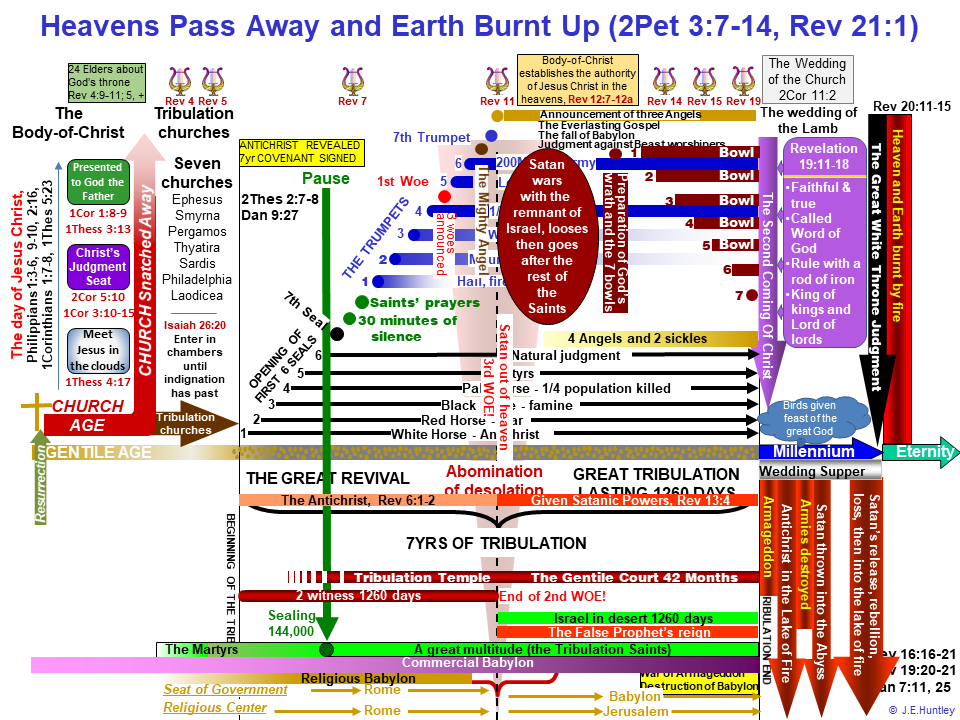 The events described in Revelation 20:1-15 are shown in the following graph, imbeded with all the events revealed to John in the book of Revelation up to this moment. 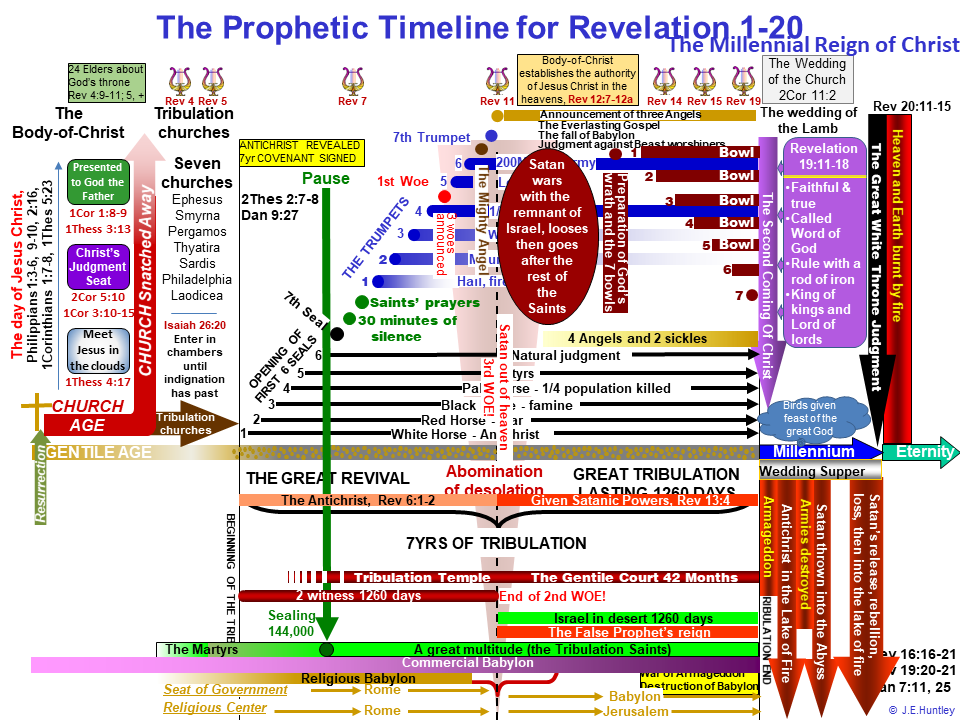