Revelation 14 provides insights of the activities during the second half of the tribulation. The start of this chapter focuses on the 144,000, and there was an ensuing song with thunderous joy in the heavens. This is shown in the following graphic. 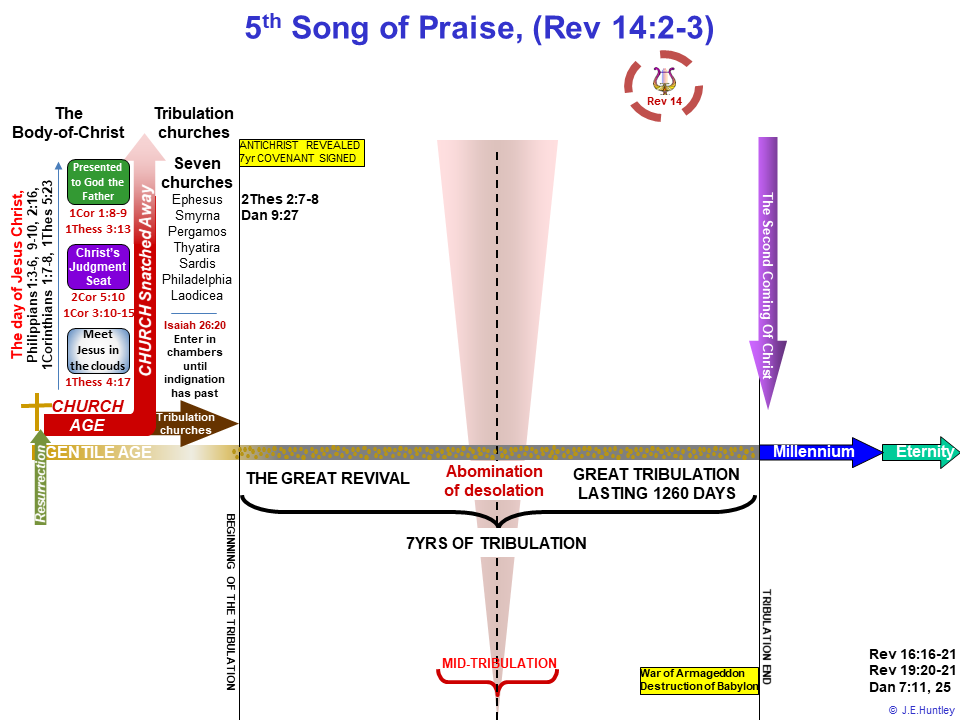 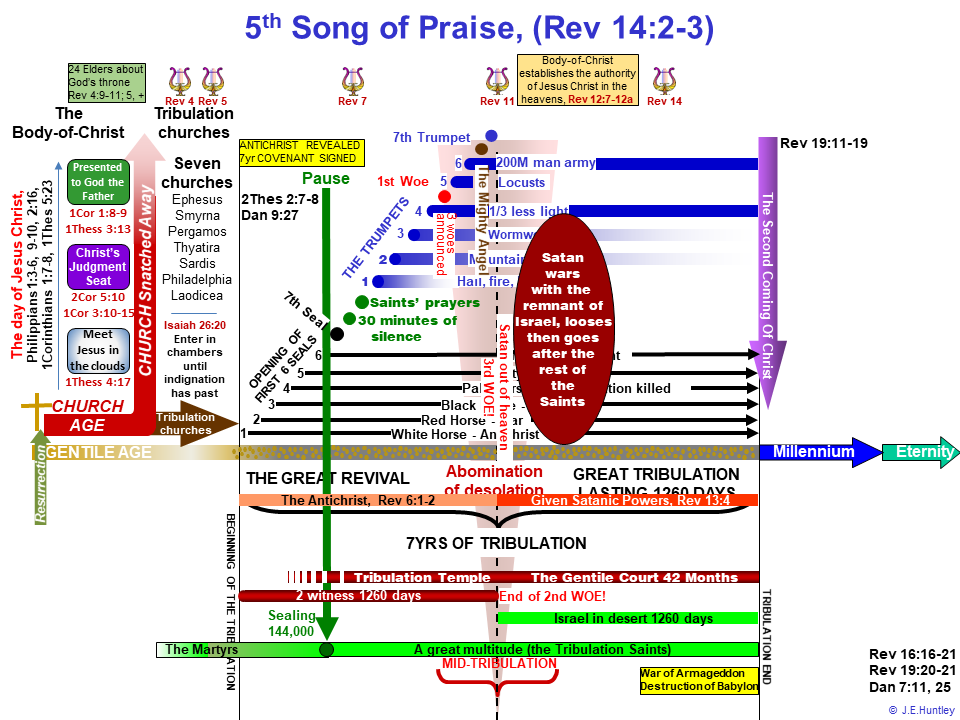 This is the time where angels will be used to give pronouncements to the world. Just as the angel Gabriel announced the coming birth of the Lord, as well as other angels to the shepherds in the field, so will it occur again in the latter half of the tribulation. The following graph illustrates the three announcements of the everlasting gospel, the announcement of the fall of Babylon, and the judgment against the worshipers of the beast. This is shown at the top of the graphic, to the right of the line representing the midtribulation. 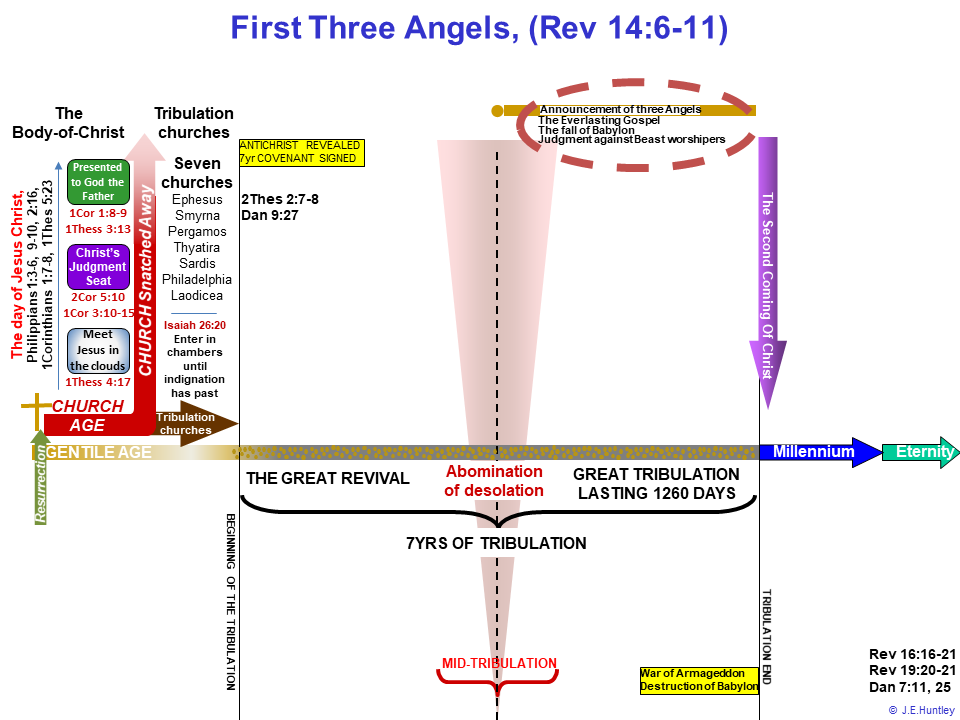 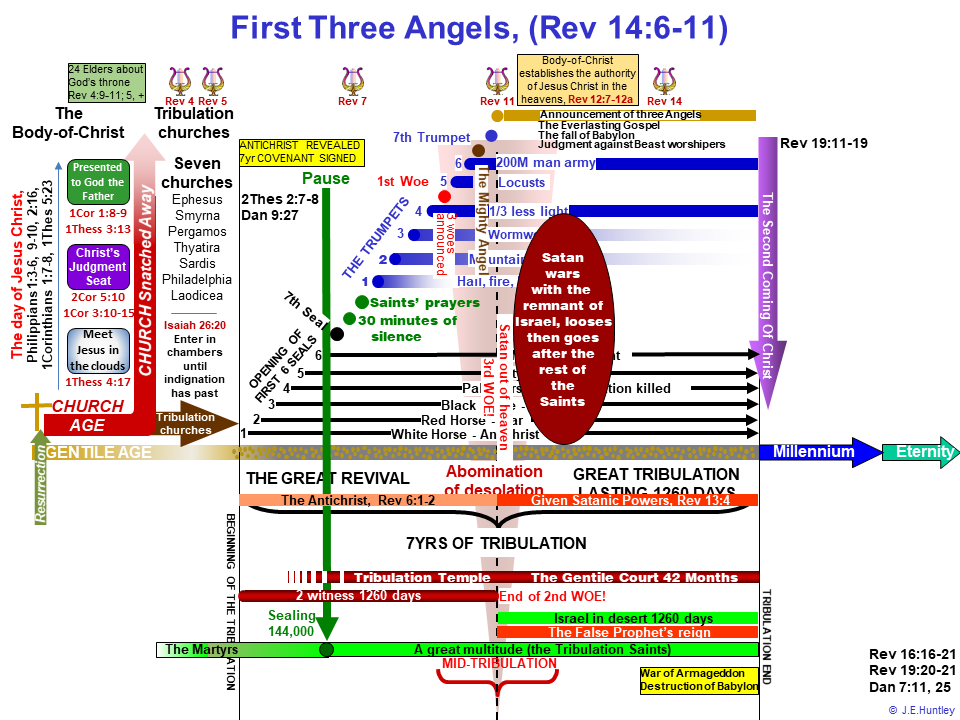 The following four angels work is shown below the representation of the first three angels. The last four angels are shown as a graduated color bar to represent that their role will occur sometime during the latter part of the last half of the tribulation. 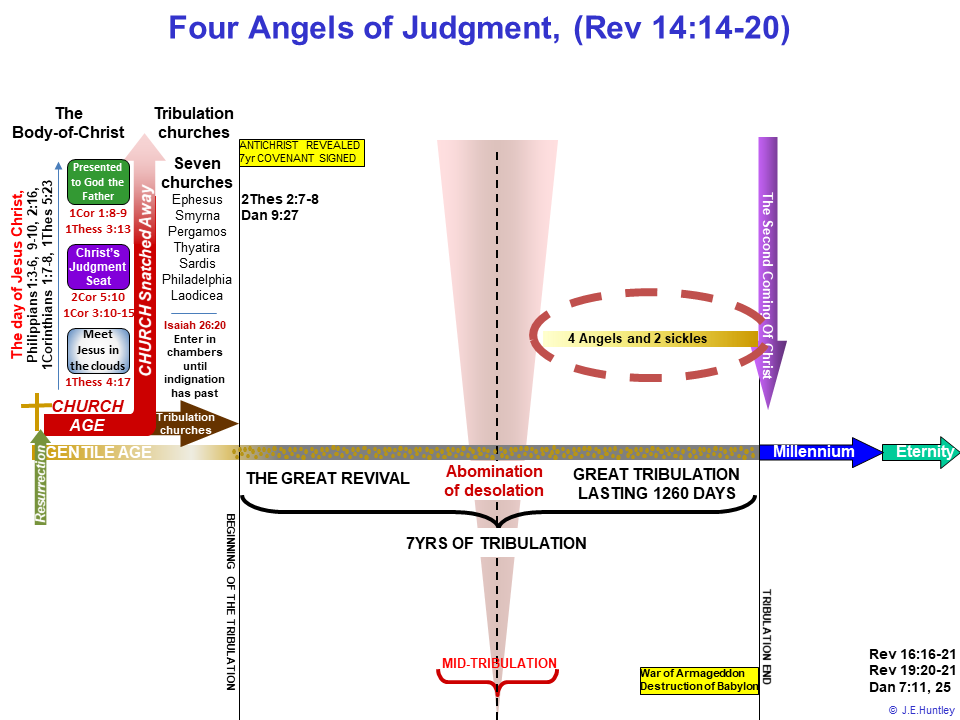 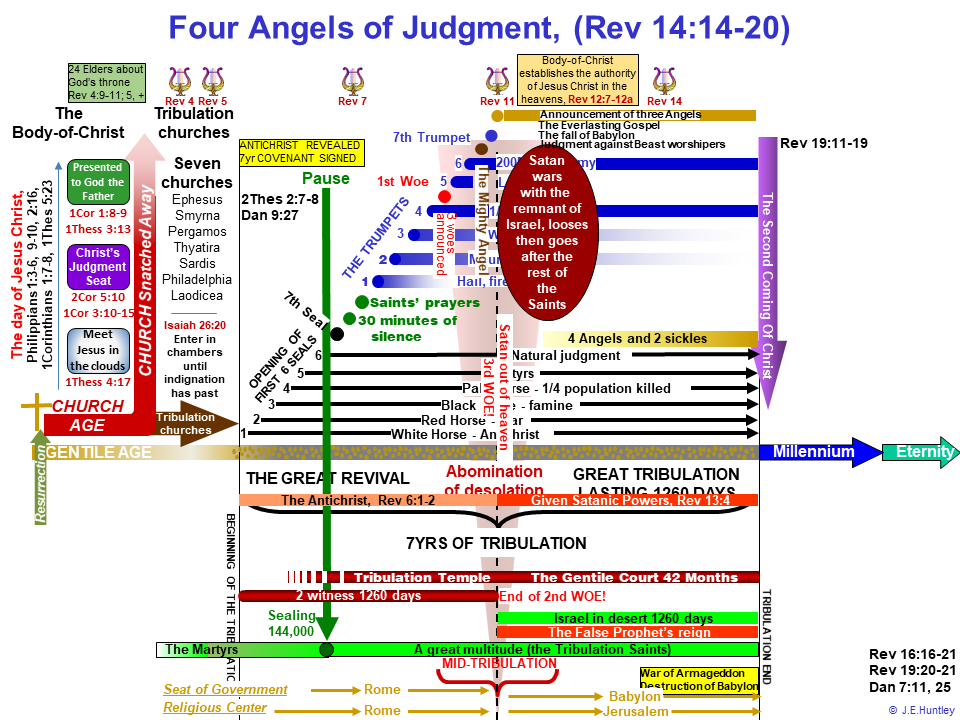 The events described in Revelation 14:1-20 are shown along with all of the other events that have been covered in all the previous chapters in the book of Revelation. 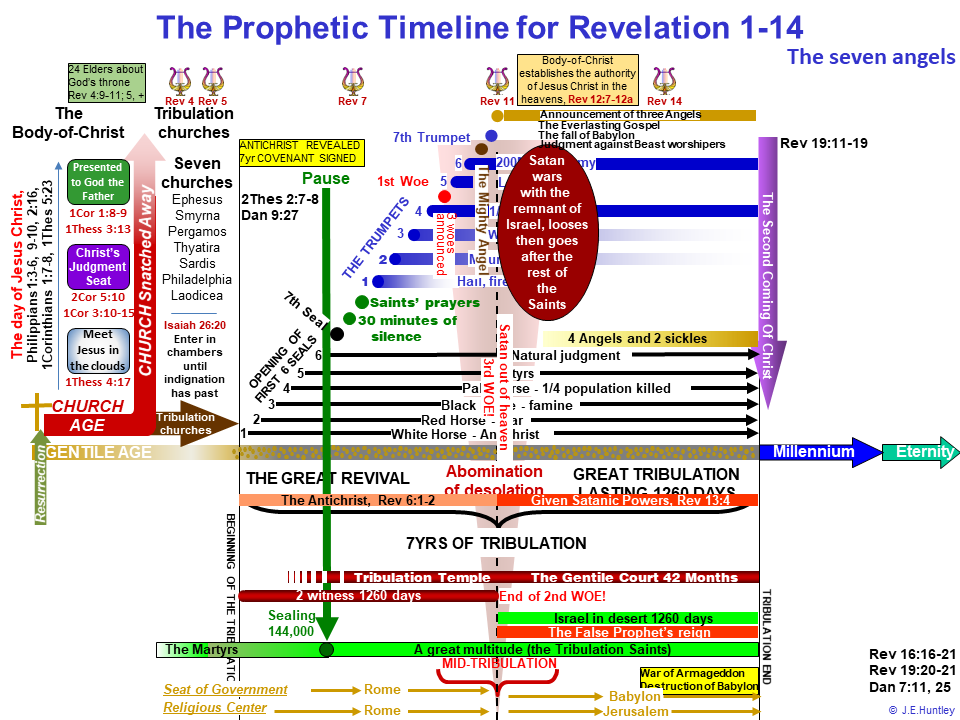