Revelation 19:1-21 is a transitional time of great significance. As indicated in the base timeline for Revelation, and other books of the Bible that are discussed in this site, there is an end of the Gentile rule over the affairs of Israel and Jerusalem. Thereafter, is the millennial reign of Christ. The return of the Lord for the second time to this world, to destroy His enemies, is the dividing point between the two eras. This is also the time that Daniel spoke of in the interpretation of King Nebuchadnezzar's dream in Daniel 2:19-45, and when the saints are given the rule over the Lord's kingdom on this world, Daniel 7:27. As in other occasions in attempting to chart the approximate time of these events, the focus is mostly on the sequence of events. Due to the limitations in the size of the shapes used to indicate the occurrence of an event, such as arrows, the arrows only show an events near simultaneous occurrence. The first event charted in Revelation 19:1-6 are the great praises in heaven to God and the Lamb for His righteous judgments against all the earth, the judgment against the harlot, and for avenging the blood of the saints. This event is shown with the harp at the top of the chart. The succeeding chart is the aggregate of all the previous charts in Revelation with this current chart. 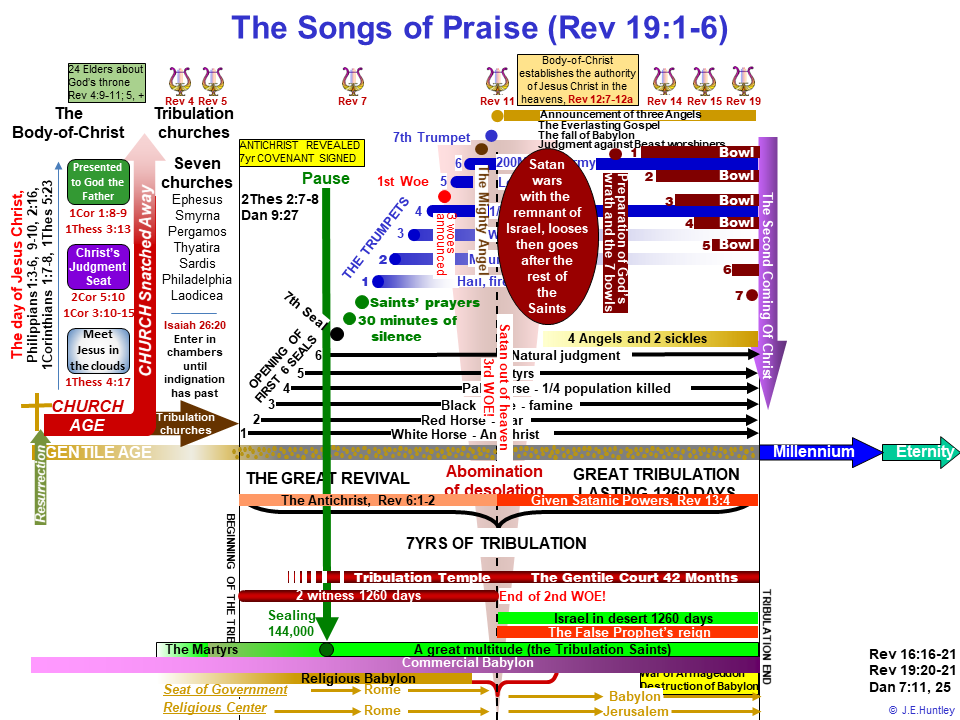 The next chart highlights the marriage of the Lamb. The succeeding chart is the aggregate of all the previous charts in Revelation with this current chart. 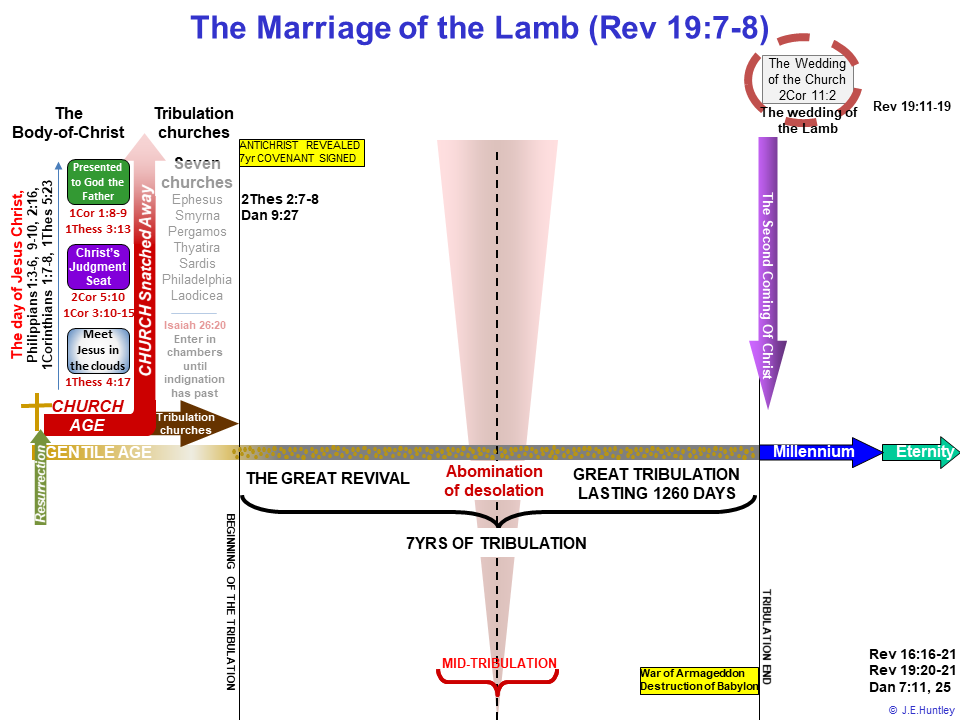 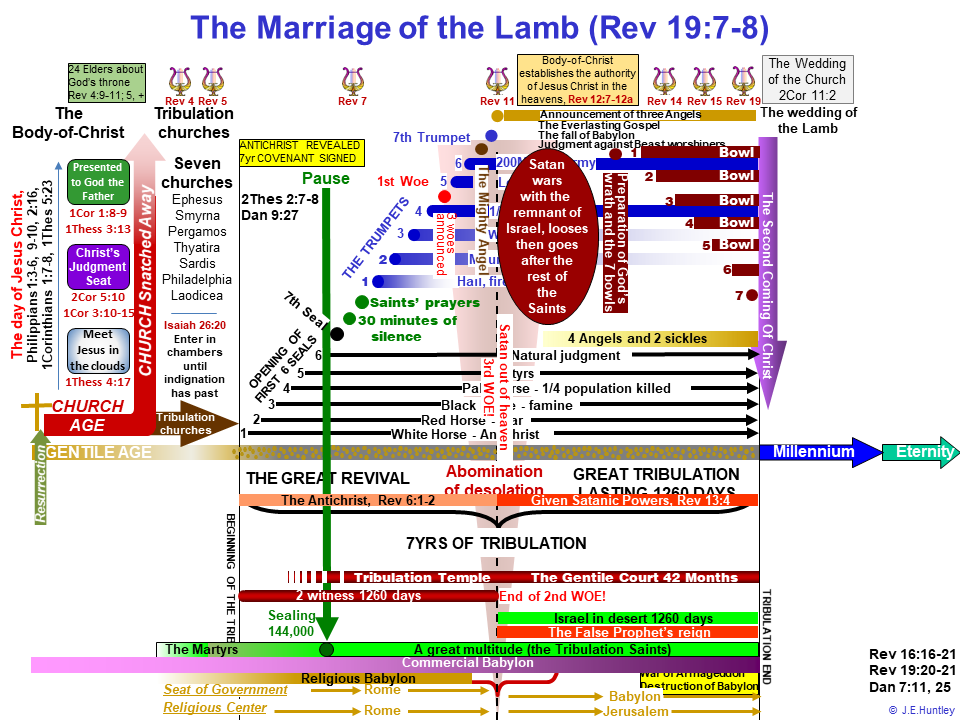 In the same manner, John also heard the blessings to those who are called to the marriage supper of the Lamb. The succeeding chart is the aggregate of all the previous charts in Revelation with this current chart. 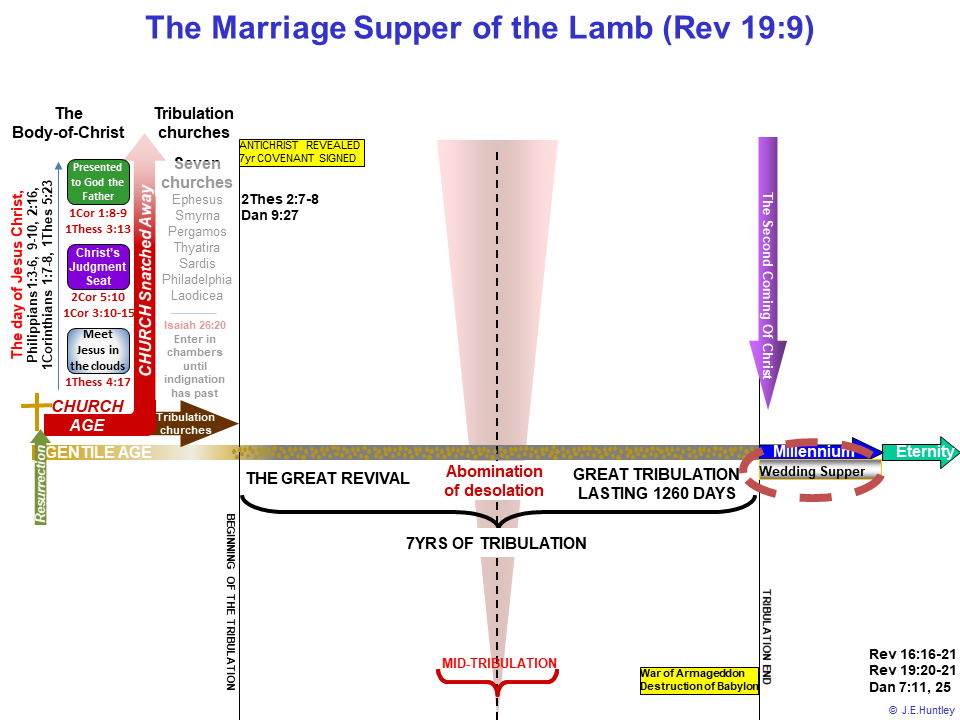 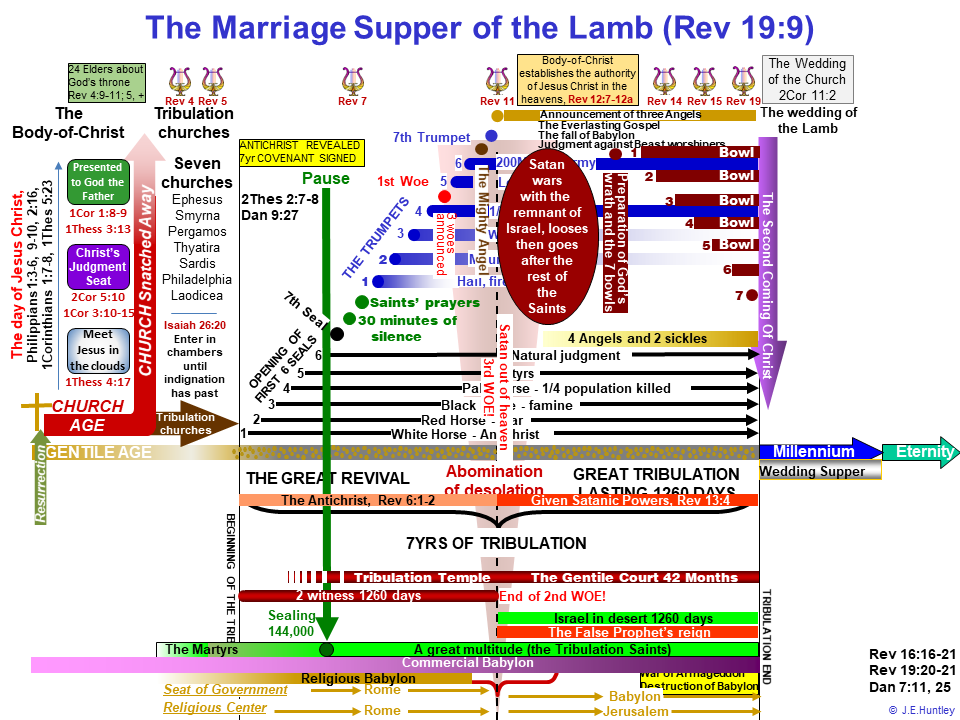 What John saw next was the fulfillment of what all believers in Christ Jesus hoped for, the return of the Lord Jesus Christ to rule and reign over this world. 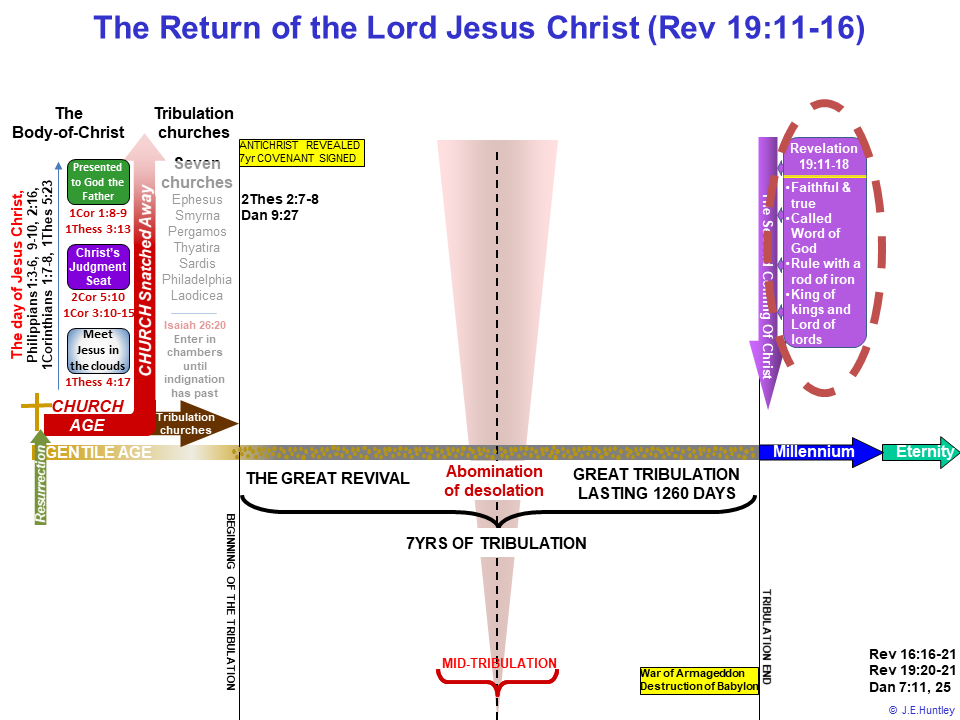 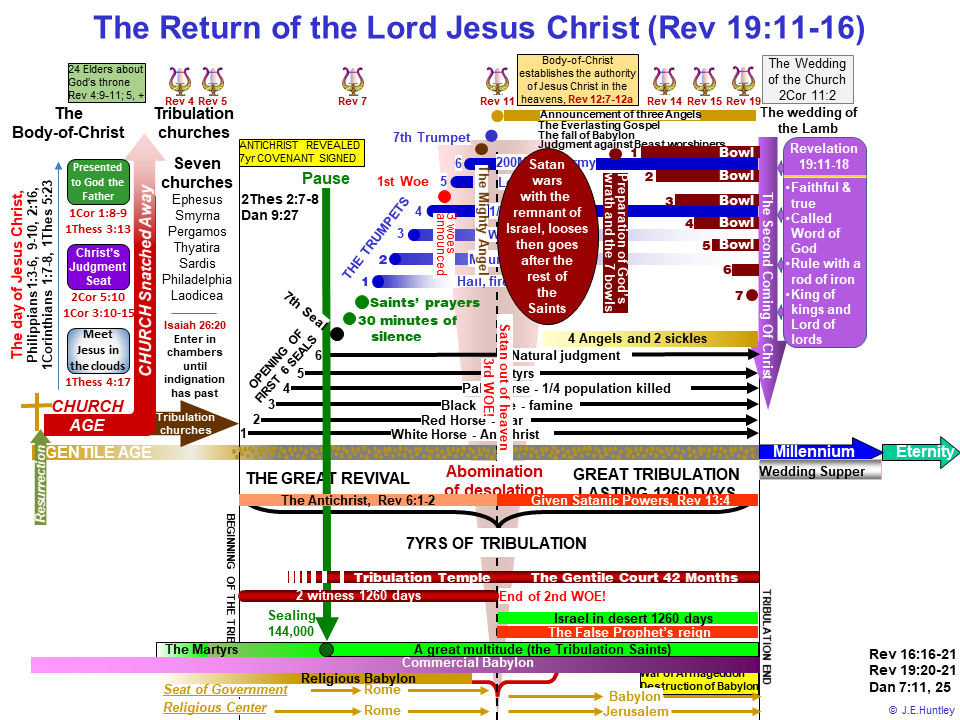 The next event was the invitation by an angel standing in the sun, Revelation 19:17, inviting the fowls in the air to partake of the supper of the great God. They were to eat the flesh of kings, captains, mighty men, of animals, and of all men, free or bond, small or great, Revelation 19:18. 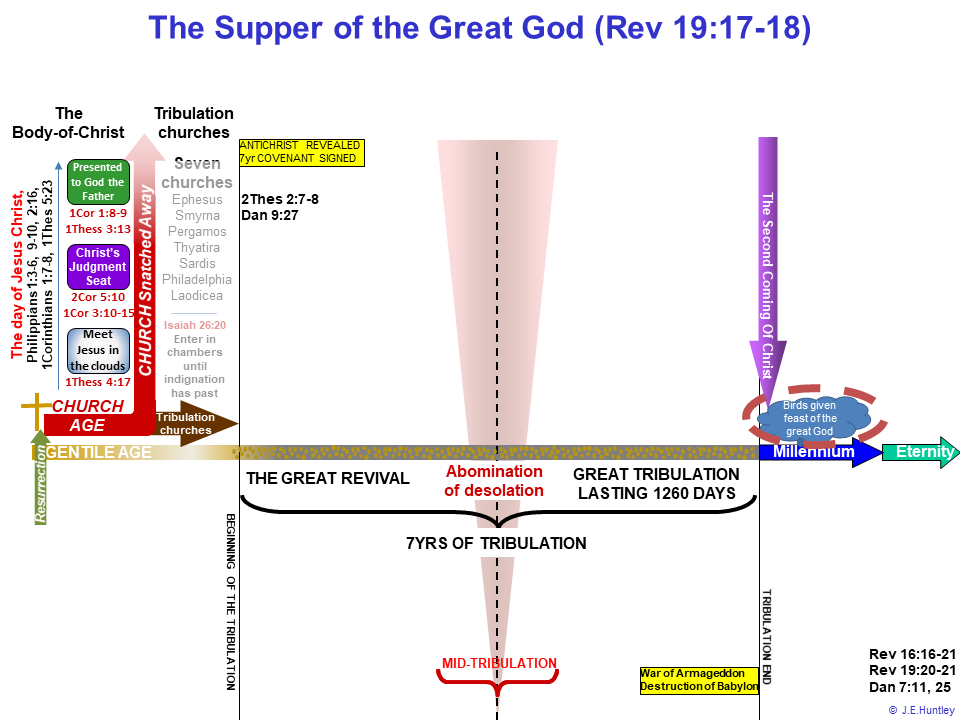 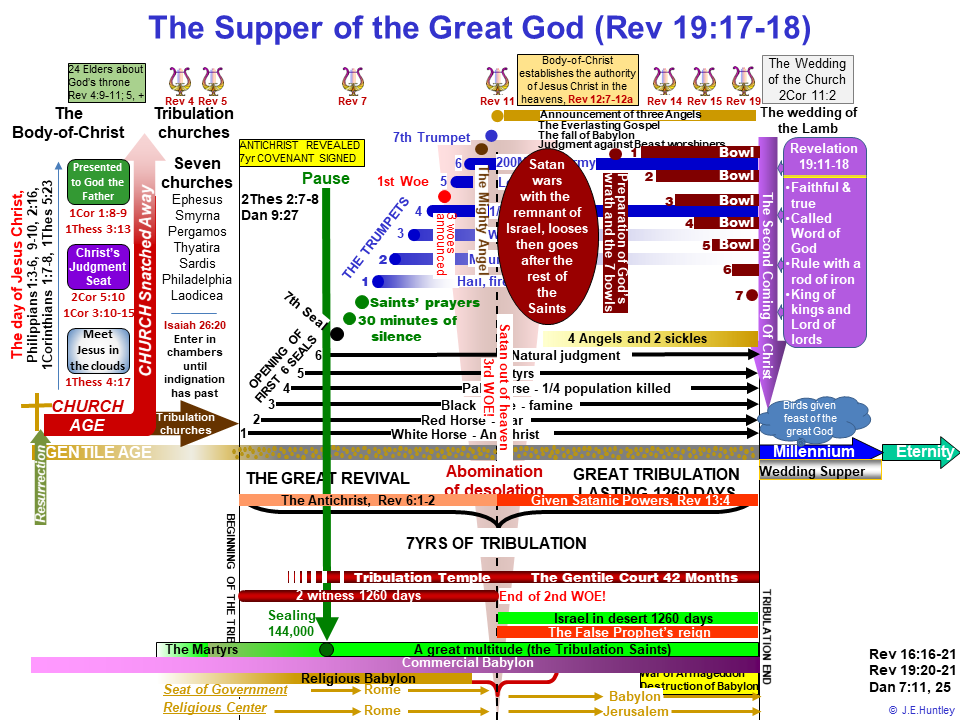 The comes the battle of Armageddon, which as several parts to it, although the battle itself is not a protracted war. Each of the parts are shown in succession until the summary chart. 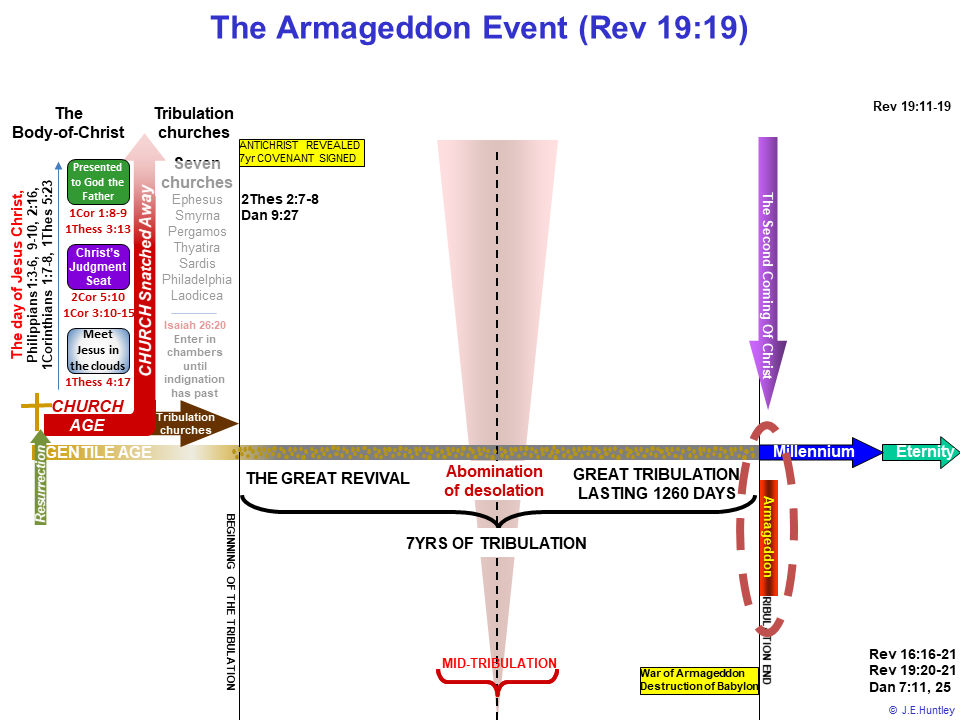 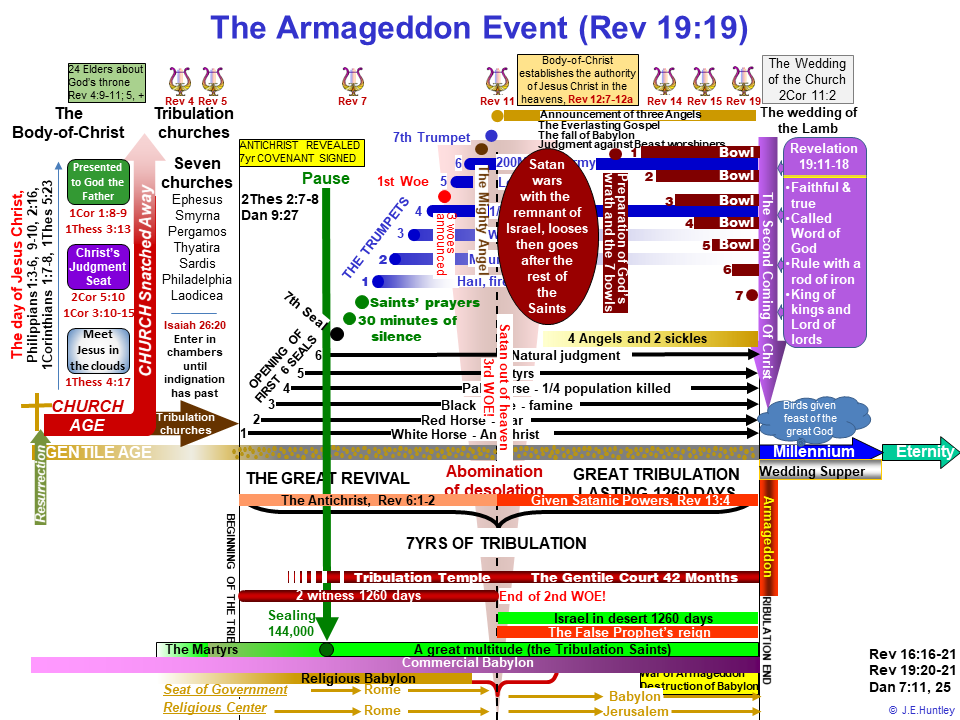 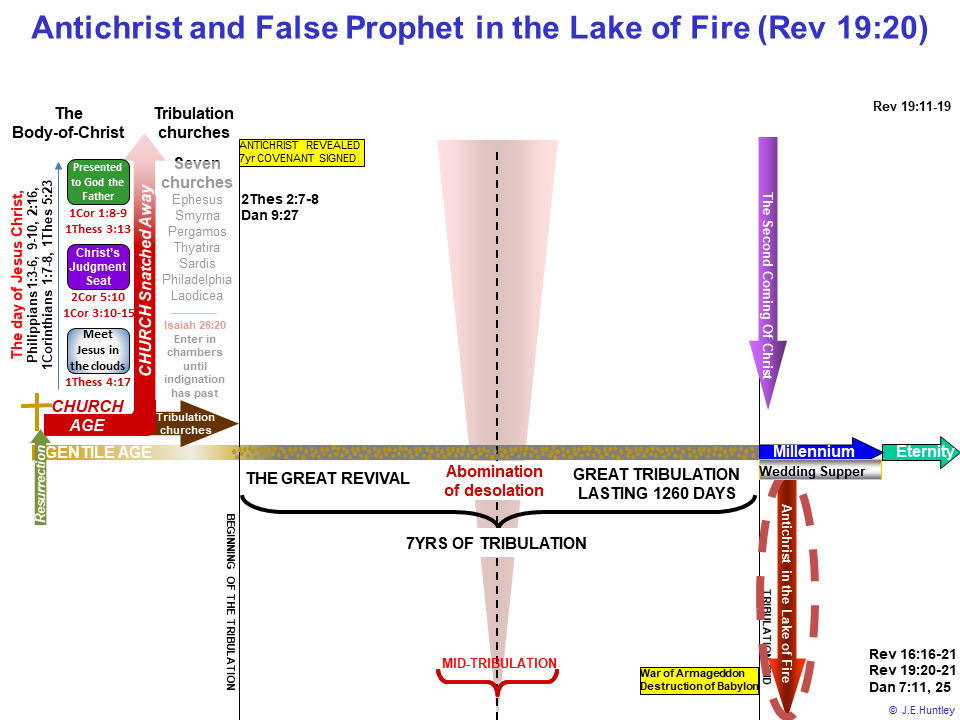 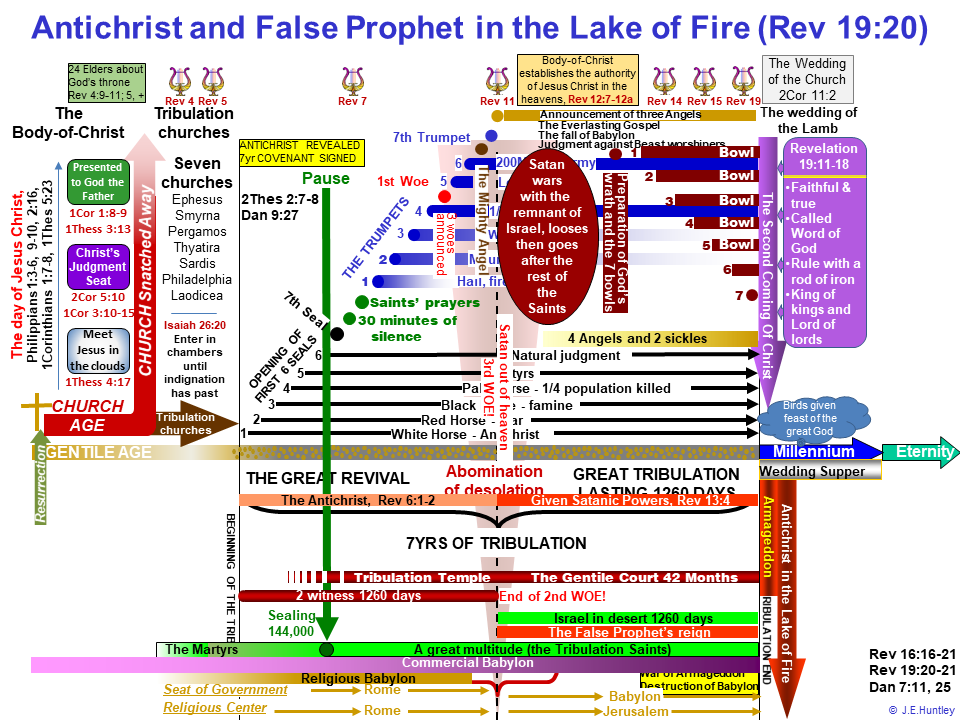 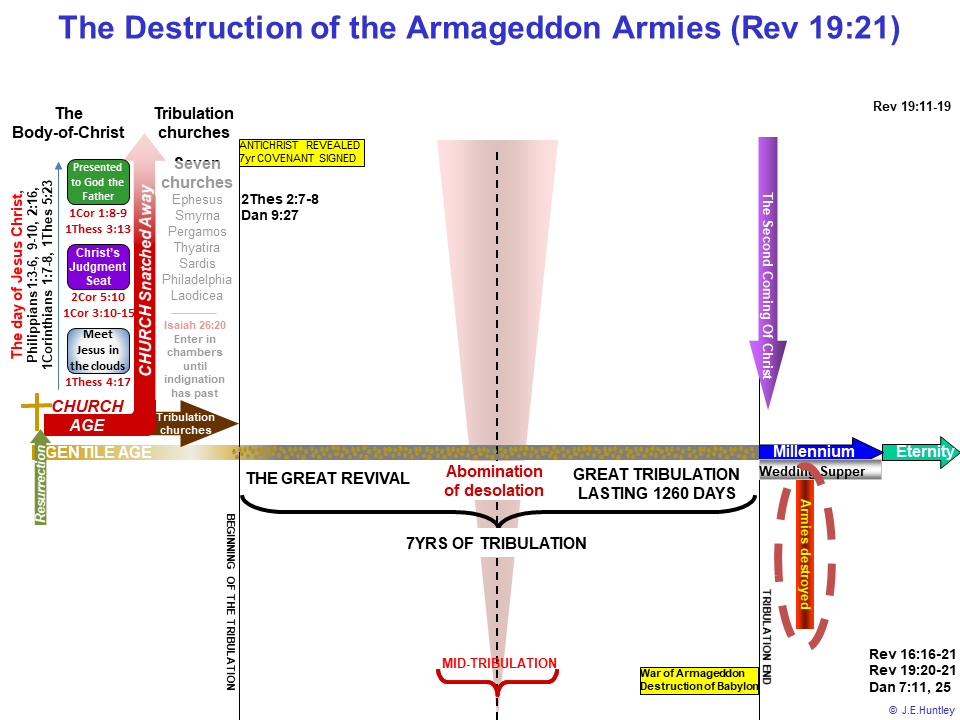 The events described in Revelation 19:1-21 are shown in the following graph, imbeded with all the events revealed to John in the book of Revelation up to this moment. Again, this is the final preparation for the end of the tribulation: 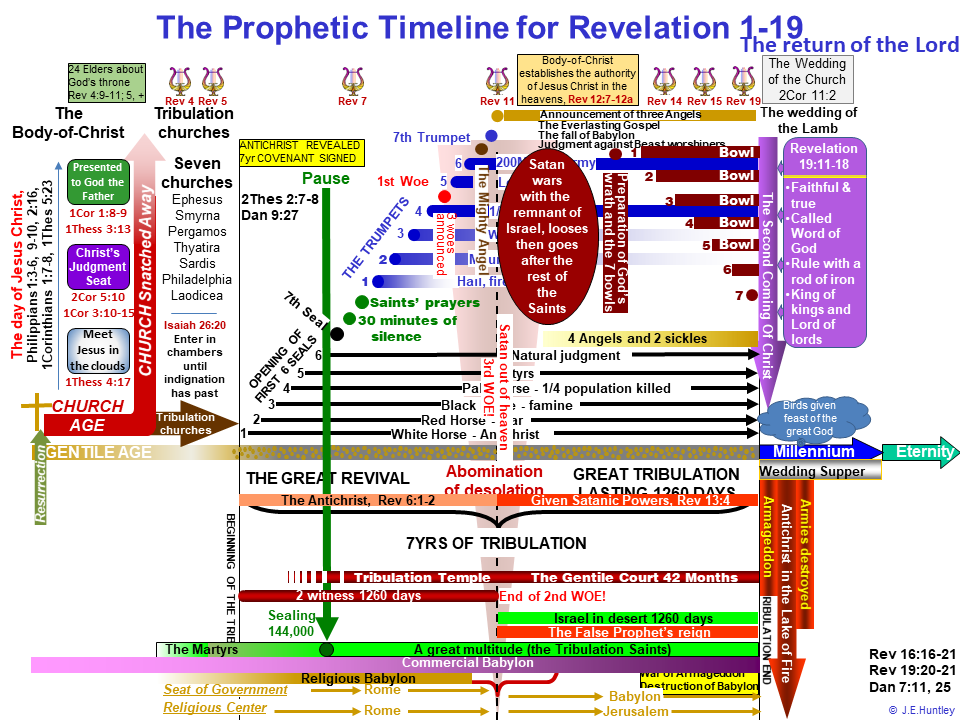