Revelation 8:1-13 shows a number of events that occur. The first the opening the 7th seal, and 30 minutes of silence in heaven, shown in the graphic, within the dashed red oval. 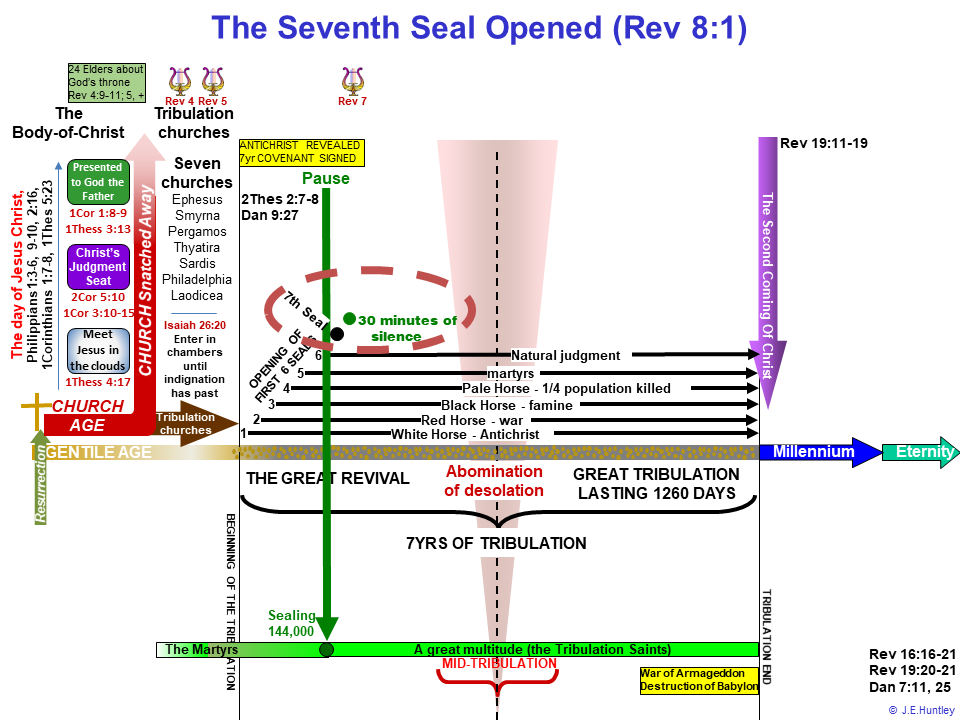 The next event was John seeing the trumpets being distributed to seven angels, and the eighth given the censer. In total there are eight angels and the golden censer filled with the prayers of the saints that the eighth angel was to present on the golden alter before the throne of God, Revelation 8:3. 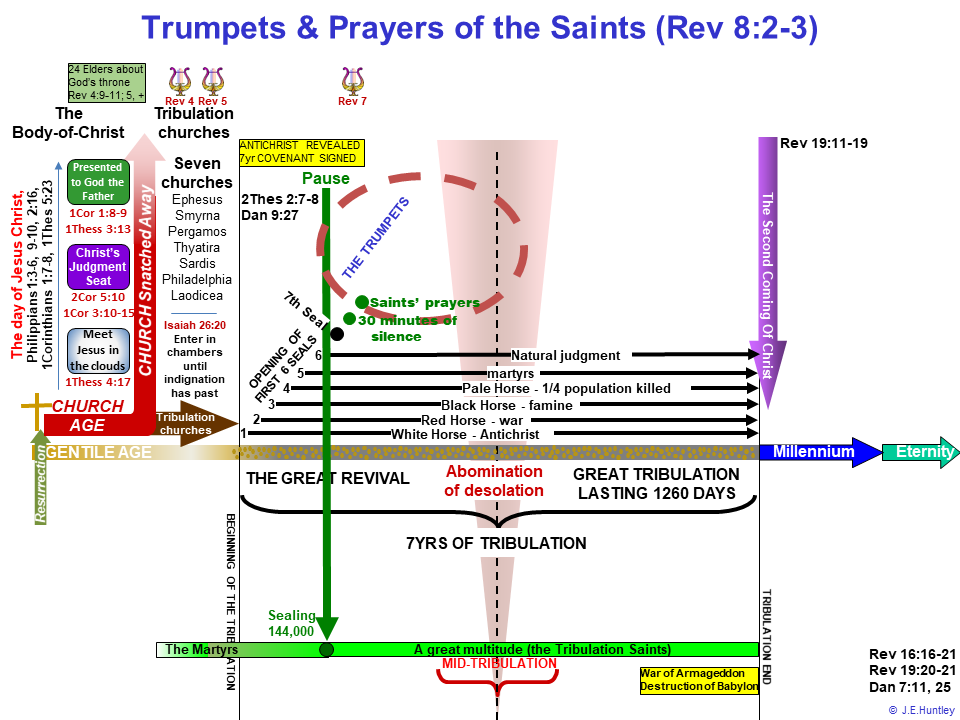 The next chart shows the sounding of the first trumpet. 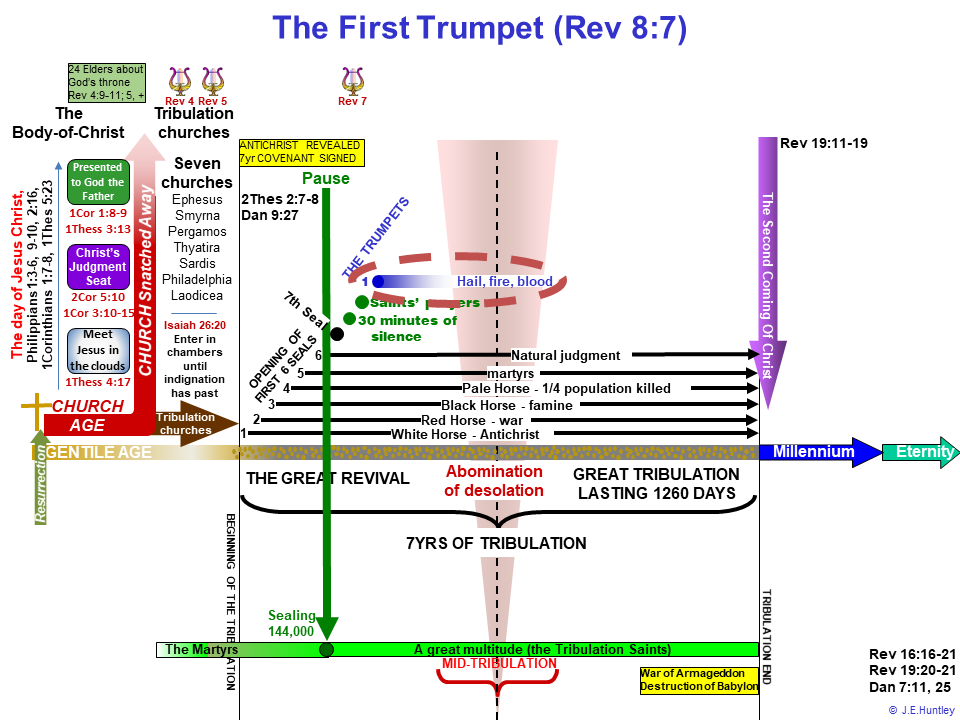 The sounding of the second trumpet is shown in the following chart. 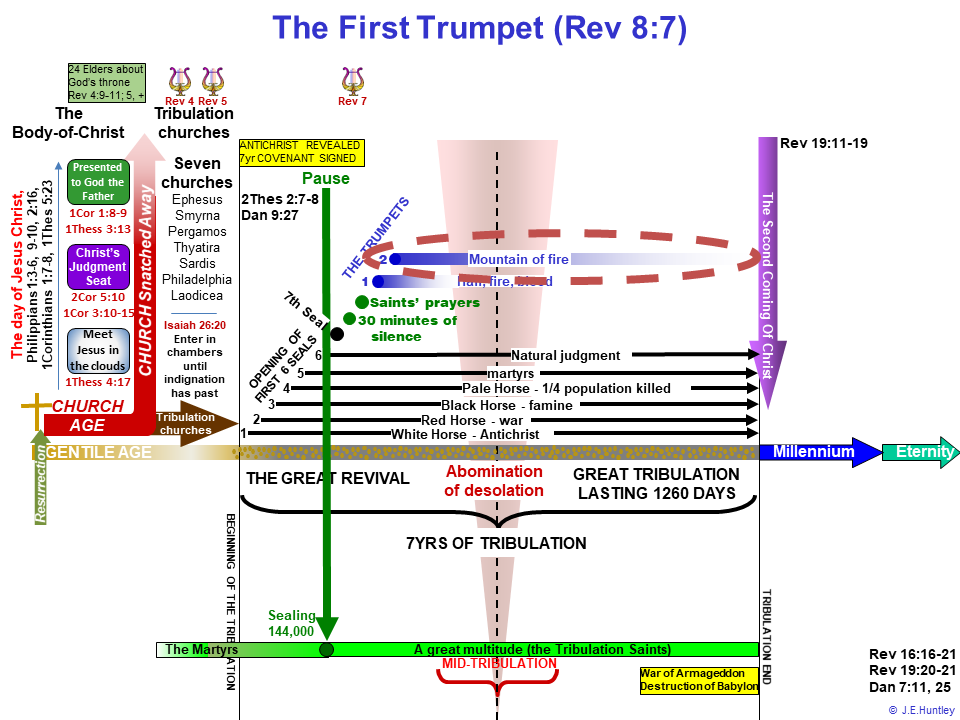 The sounding of the third trumpet is Illustrated next. 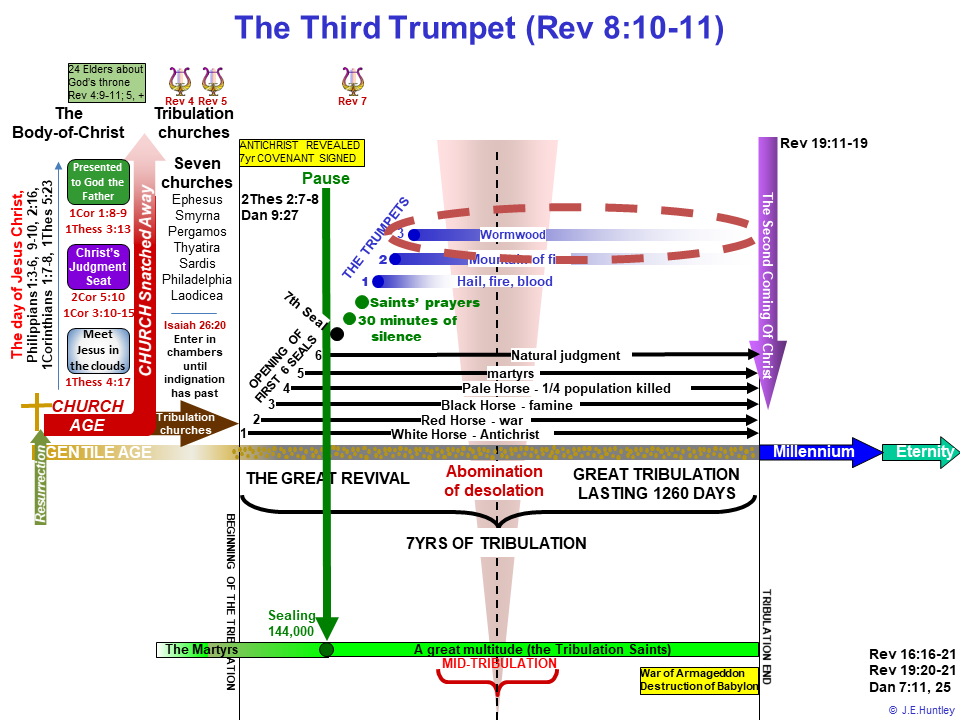 Next is the sounding of the fourth trumpet.

Finally, is the announcement of the coming three woes. 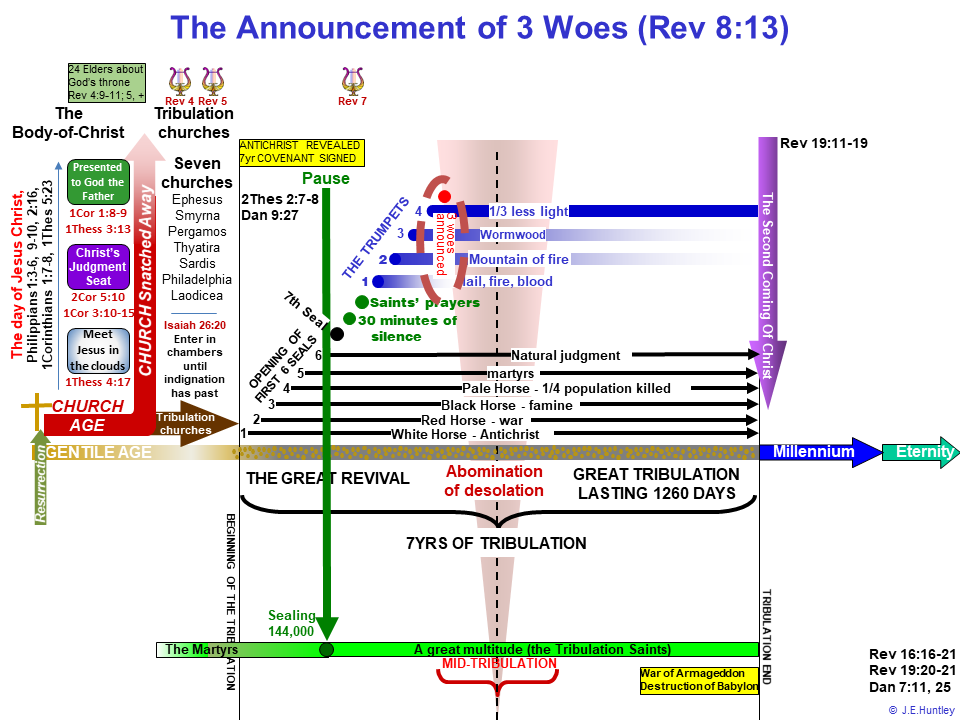 All of these events occur during the first half of the tribulation period. An important part of this graphic of the aggregate timelines in chapter 8 that follows, is that not all the trumpets affect the earth and inhabitants for the entire time remaining in the tribulation after the trumpet is blown, except for the fourth trumpet. The first three trumpets appear to have a reduced impact on the earth and its inhabitants once blown, both temporally and spatially. 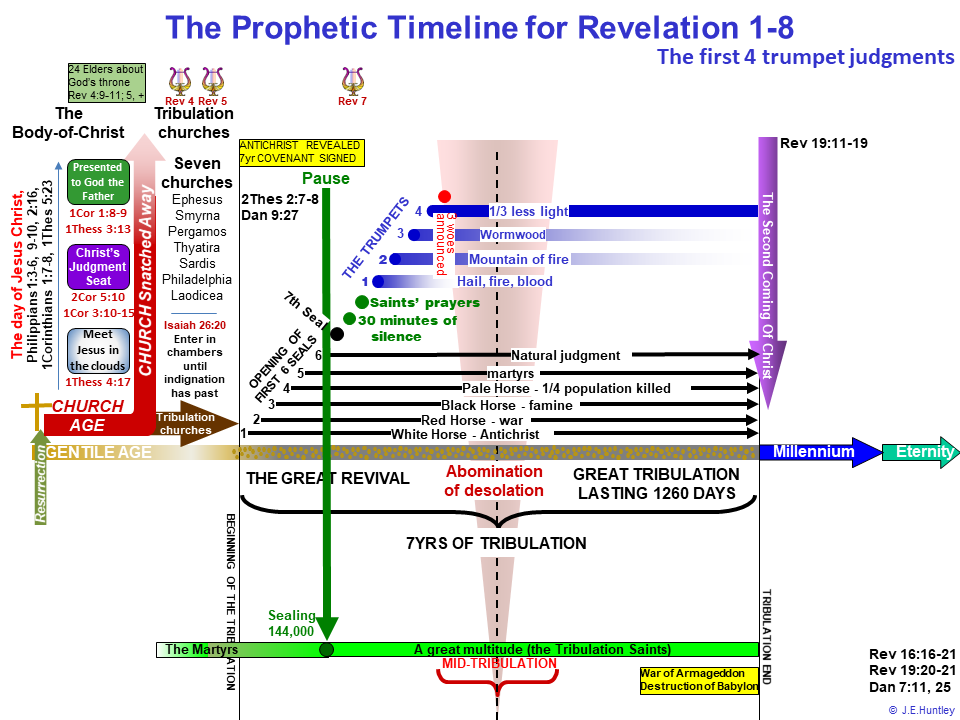