Revelation 15:1-8 is the beginning of the end for the tribulation period. At this time John observes a great celebration of the saints who had gone through the great tribulation. Those singing had the vicotory over the beast, over his image, his mark and the number of his name. They are seen on a sea of glass mingled with fire, and they have the harps of God, singing the song of Moses, and the song of the Lamb, singing praises to God and the Lamb. 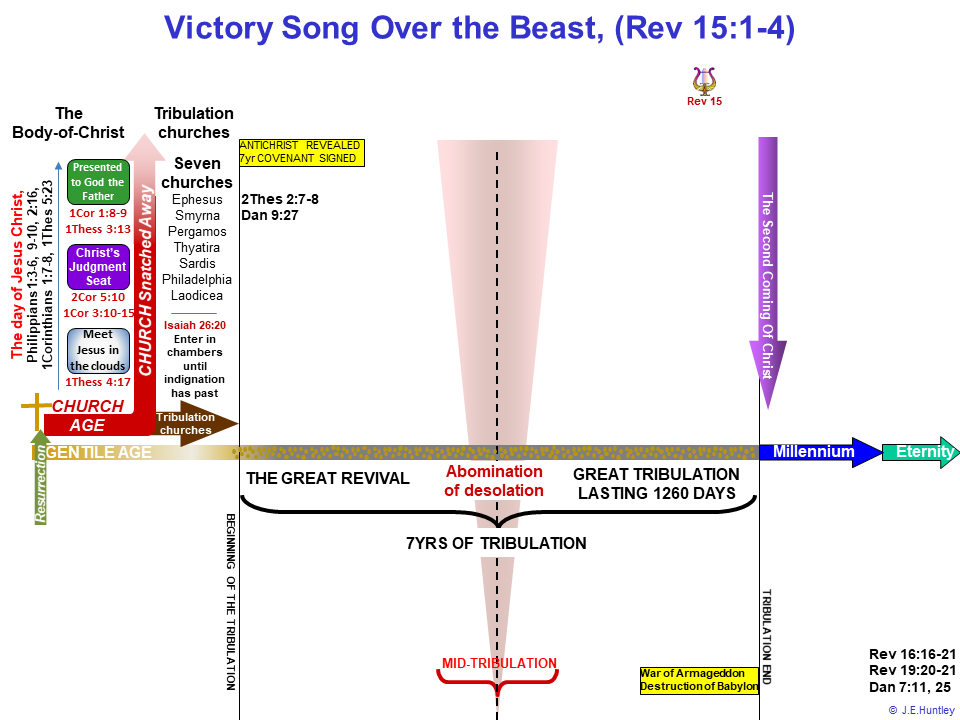 This chapter also provides the preparation for the final set of seven judgments which will end the tribulation and establish the Lord's millennial reign. This is all happennig at the temple in heaven. As a result, the following chart shows a single event as a red dot and a vertical bar with text explaining what is happening, at the top of the chart in the second half of the tribulation. 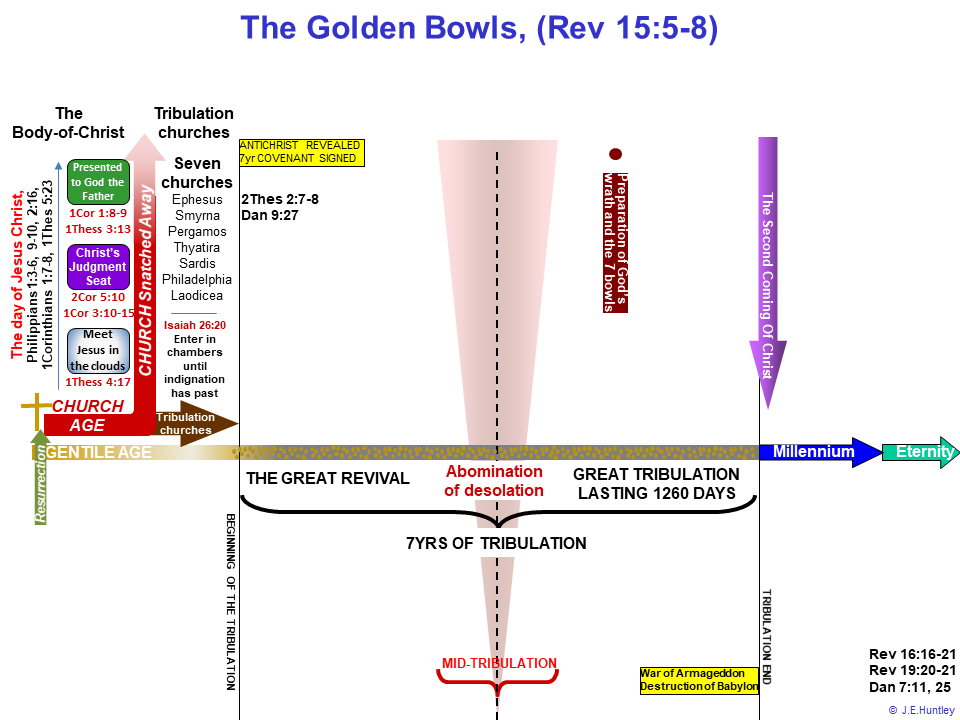 The events described in Revelation 15:1-8 are shown in the following graph with the red dot and bar, imbeded with all the events revealed to John in the book of Revelation up to this moment. Again, this is the final preparation for the end of the tribulation: 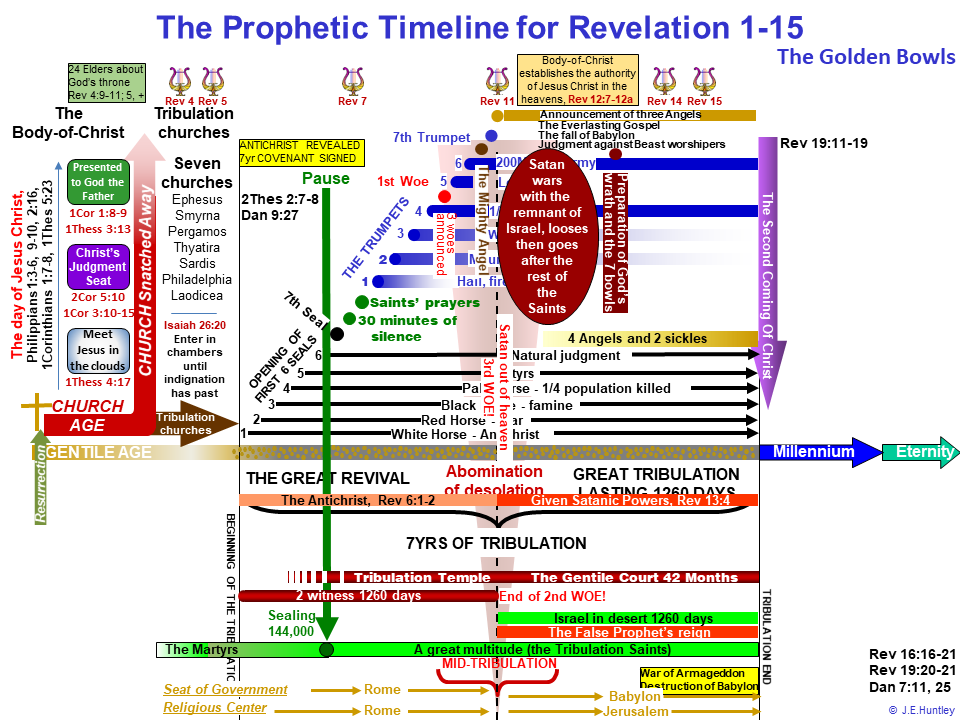