The following two charts provide an understanding of the totality and terrible impact of man's rebellion against the Lord, and in choosing to follow Satan during the seven years of tribulation. The first chart provides a view of the world growth rate showing in parenthesis, the decade and the estimated world population in billions. For example, in the year 2025, the projected world population is predicted to be over 8 billion people alive in the world. This chart illustrates projected growth patterns that could be expected if left to current influences on population growth. 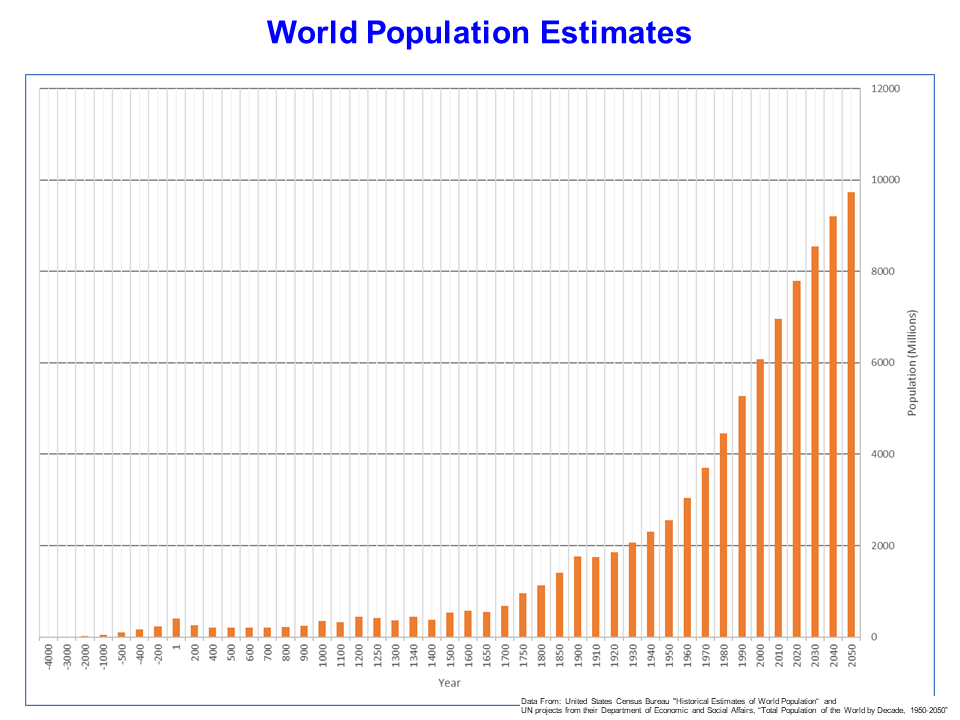 The base number for the world's population in 2010 was rounded up to seven billion people to illustrate impacts of the judgments in Revelation on the world population. Based on statistics from the world almanac for 2007, the population percentages given for the world who claimed to be Christians is estimated to be roughly 600 million people. Subtracting that number (which represents those who would be raptured upon the Lord's return in the clouds, see Rapture for more information) from the 2010 population provides the remainder of those who will be entering into the tribulation period, should the rapture occur in 2010 (which again is a pure guess and the date is only used for illustration). Of that number, 1/4 will die as a result of the activities of the Antichrist as revealed in the opening of the 4th seal, see Revelation 6. Another 1/3 will be killed results from the 200,000,000 man army from the east, presumably China, see Revelation 9. This army will march westward to attack the forces of the Antichrist at Armageddon. As a result of the battle of these two massive armies, which the world has never seen before, almost 1/2 Billion people will be lined up along the battle front from the "northern point in Armageddon, through the valley between Jerusalem and the Mount of Olives, then on southward to a point near Petra, south of the Dead Sea, see Armageddon for more information. In addition to these catastrophes, there will be war that Satan and the Antichrist will wage against the saints of God, see Revelation 7 and Revelation 12. Since several passages indicate that the numbers of tribulation saints are innumerable who are slain for the Word of God, and for their testimony, it is assumed that about one billion men, women, and children will be slain in this carnage (see this website's discussion on Revelation 12 and Revelation 13 for more information on this.) The world population will be significantly reduced as a result of all these events, to something less than a fourth of what it will be before the rapture of the church, if it were to occur around the 2010 timeframe.

The end of this time was also revealed to Daniel when he first told King Nebuchadnezzar what his dream was, and then gave him the interpretation as the Lord had shown Daniel, Daniel 2:42-45, see Daniel 2. The battle of Armageddon will be the complete destruction of the Gentile domination over world affairs and over Israel. The destruction will be so complete that there will be no remembrance of the Gentile rule. 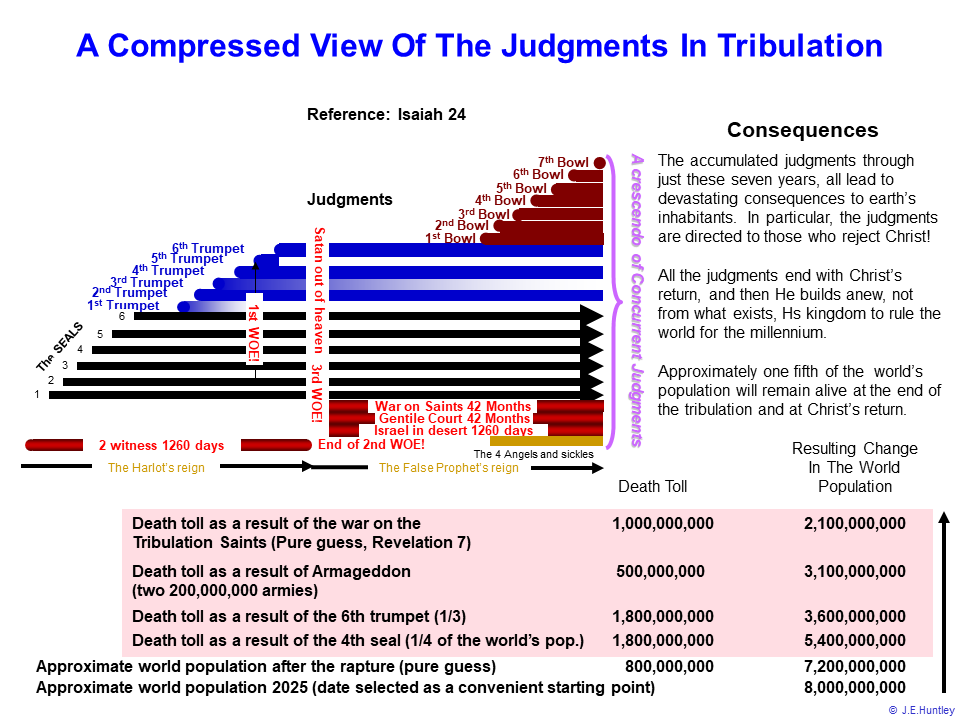