The first occurred with the resurrectoin of Jesus Christ, Matthew 27:52-53. The next parts of the first resurrection are future. The second part of the resurrection will occur when the dead in christ will be resurrected when the Lord returns to snatch away (rapture) His believers, 1Thessalonians 4:13-16. The dead in Christ are those who believed on Jesus Christ after His death on the cross to pay for all mankind's sin, Romans 3:23-26. The fourth part is the resurrection of the two witnesses who are killed by the Antichrist, with their corpses’ left in the streets of Jerusalem, Revelation 11:7-12. Fifth, those who died after the snatching away of the church, will be resurrected with the physical and visible return of Christ Jesus, Revelation 20:4. Finally, the Old Testament saints are resurrection, Job 19:26-27, Isaiah 26:19, Daniel 12:2-3, 13. 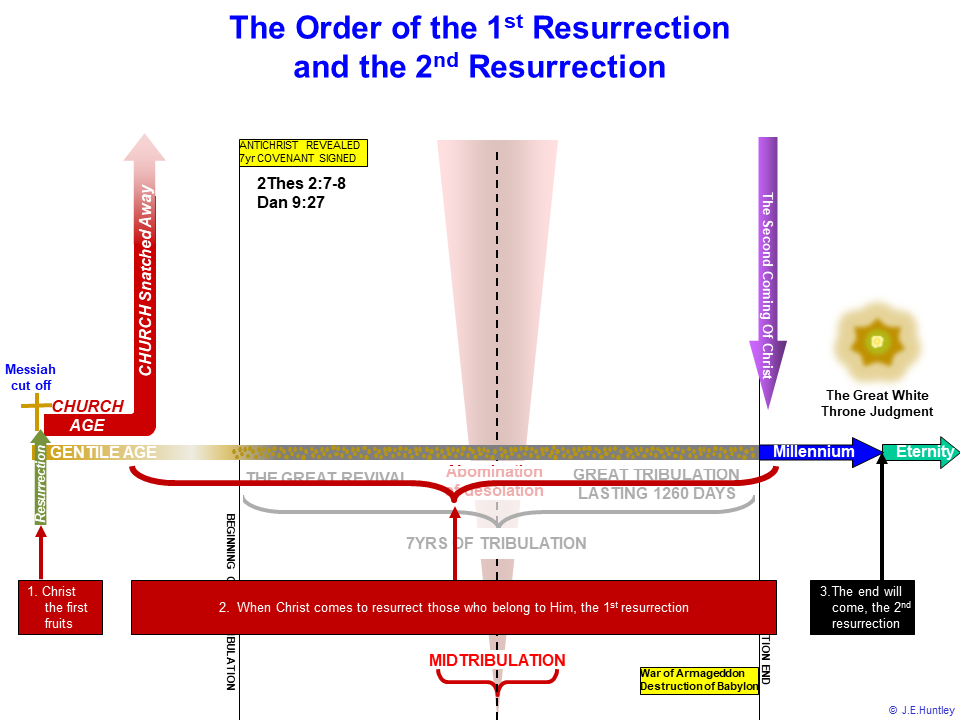 After the millennial reign of Christ, the end will come, when all who were ever born in this world, but never believed in God's grace by faith and their names were not written in the book of life, are resurrected to face the Lord Jesus Christ, who sits the great white throne to judge them eternally, Revelation 20:11-15. This is the second resurrection, and these who are part of that event, after their judgment before the great white throne, are thrown into the lake of fire, to suffer eternally, Mark 9:43-49.

Though nothing is written in scripture concerning the state of the millennial saints who are alive during the final rebellion, it is expected that like Enoch, Genesis 5:22-24, and the living saints at the end of the church age, that the millennial saints too will be transformed into eternal bodies instantly. 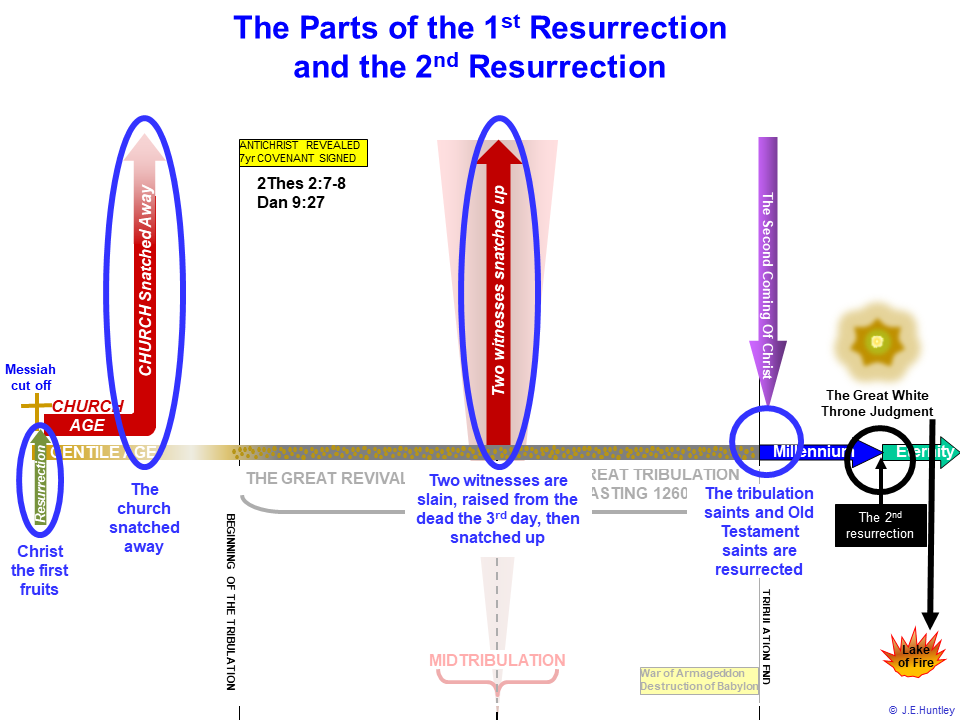