As discussed in Ezekiel 47 on this web site, there will be a division of the land among the 12 tribes of Israel, similar to what occurred when they entered the land of Caanan under Joshua, but this time, rather than irregular shaped boundaries, they will be stratified equally. The major axis of each portion of land will approximate a rectangle and will stretch from east to west. The tribes inheritance will be set from north to south. To better understand this order and the differences with what was done in the past, and the fulfillment of the promises that the Lord made to Abram and his descendents, it is important to view Israel's history.

The following images provide views of the land God promised to the nation of Israel, beginning with Abram. These are aides to orient the user of the modern location of countries in the area surrounding Israel.

The second image superimposes the approximate locations of those ancient civilizations whom the Lord promised that He would give to Abram's descendents, Genesis 15:18-21. The green area in the center of the area promised to Abram's descendants is described in the next graphic.

The third image The next graphic illustrates the land that was promised to Moses. God had promised Moses the land east of the Jordan, for their possession, but that they would not receive all the land at once since their numbers were not adequate to manage the whole land at that time, Exodus 23:20-23, and Exodus 23:27-31, (Note prayer of Jabez 1Chronicles 4:10). For further discussion, see the page on Ezekiel 47..

The fourth image The next image illustrates the boarders of King Solomon at the beginning of his reign.

Finally, the last image below is the approximate area set aside for Israel, based on Ezekiel 47:1-23. The reason for showing all of these graphics is to demonstrate the faithfulness of the Lord to His word. What he promised to Abram, then confirmed to Moses, and what King Solomon experienced at the beginning of this reign, they all compare to what is described will happen during the millennial reign of the Lord Jesus Christ. 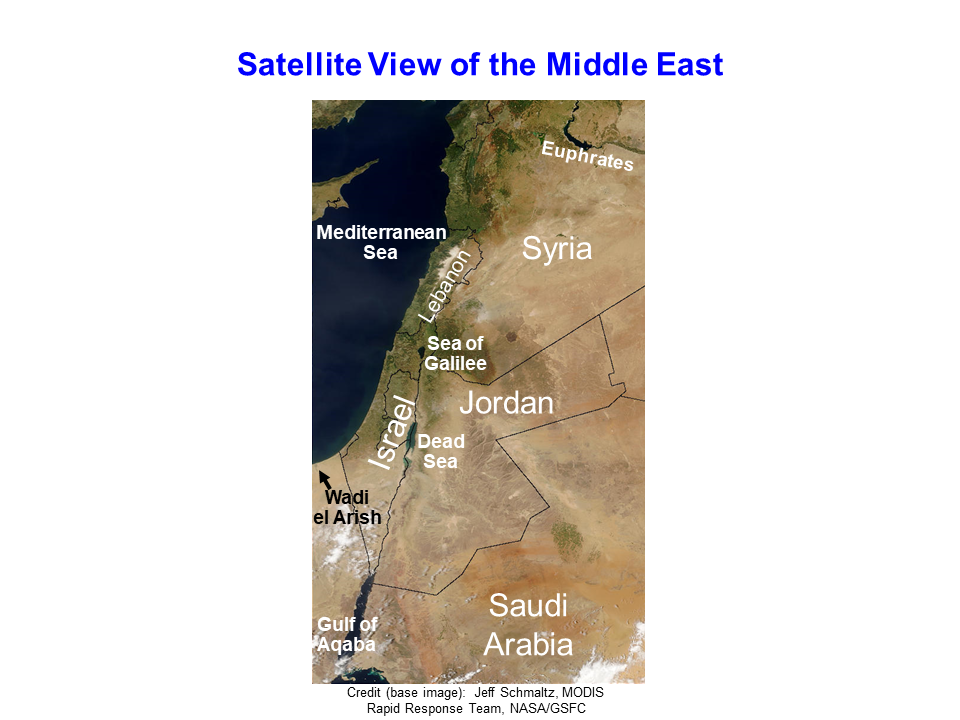 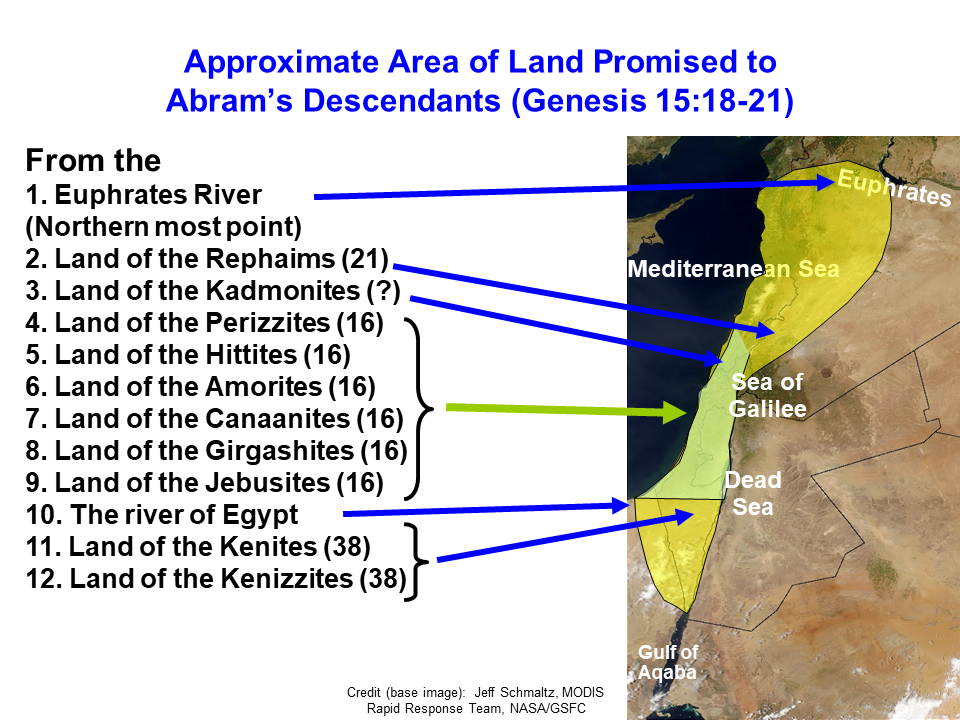 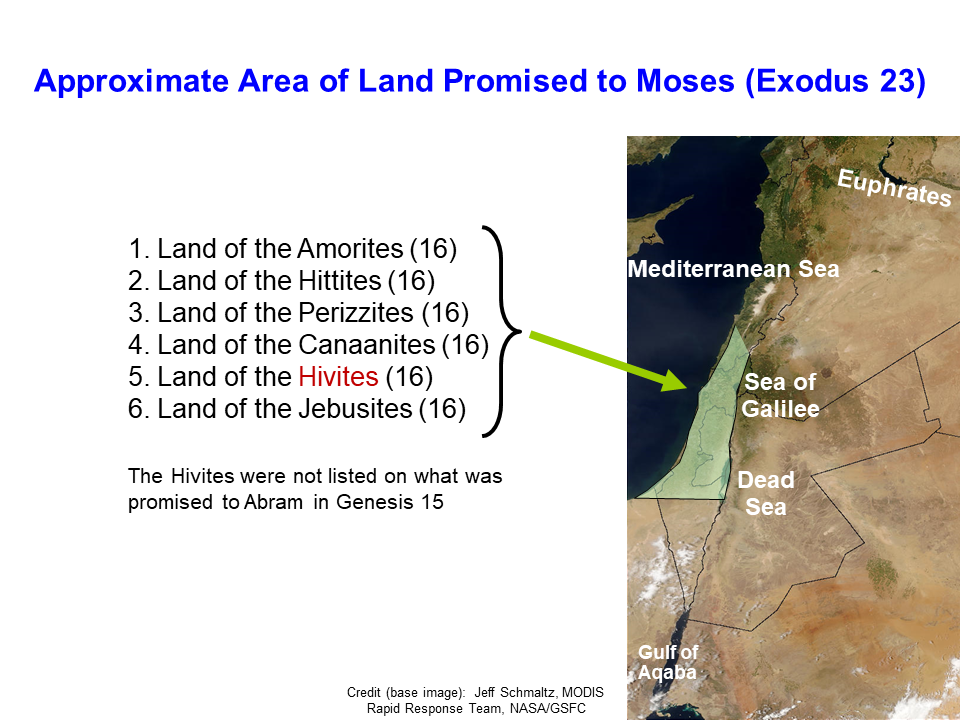 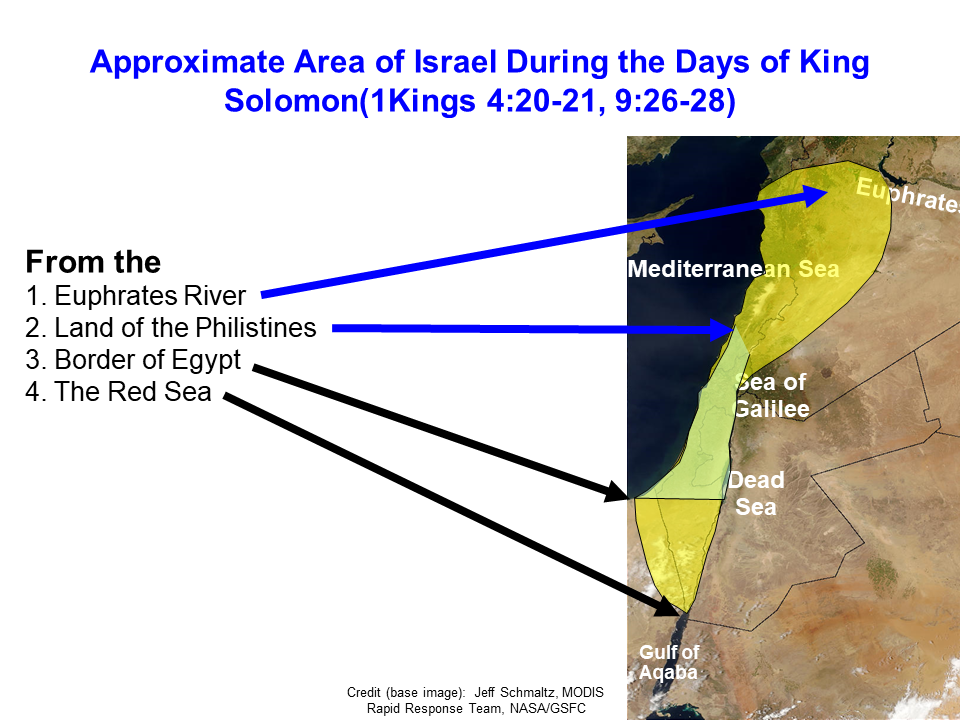 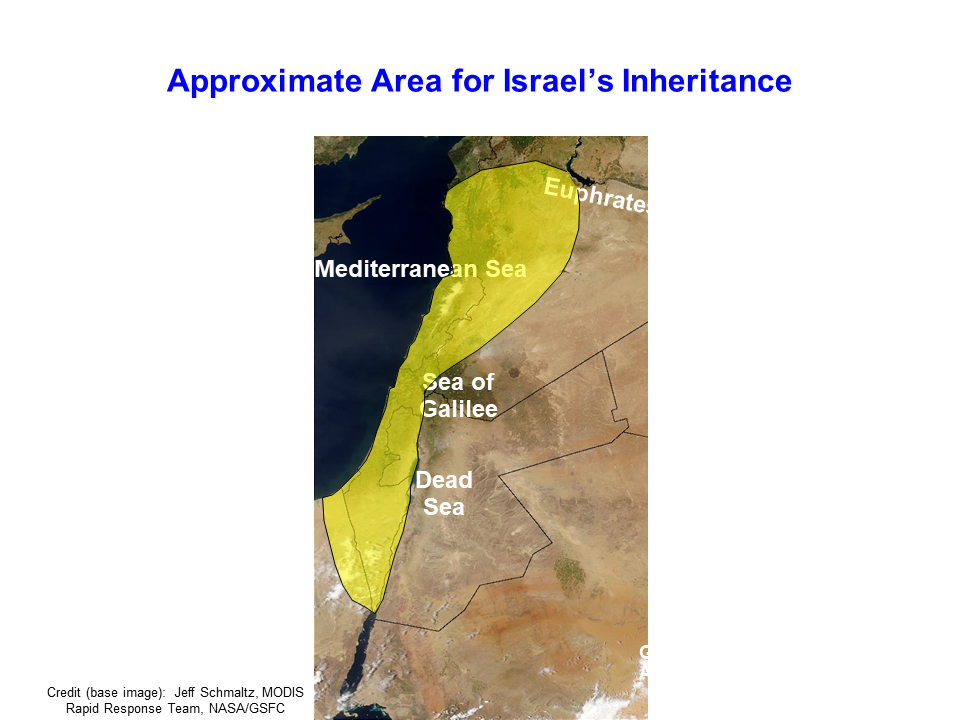