The following graphic serves as a foundation upon which timelines for the remaining chapters in Ezekiel will be constructed. The base timeline was introduced in the Ezekiel timeline introduction. There are three important items from this chapter to draw out in this timeline. First, is the timeframe in which the Lord is seeking His sheep, or the children of Israel, which is represented by the first red horizontal arrow that is tabled "Seek sheep." As shown below, the seeking initiated with the formation of Israel as a modern nation and will be completed with the glory of the Lord entering in the millennial temple. This event of the glory of the Lord entering into the temple is represented by the vertical gold dashed line. The space between the end of the tribulation and the gold dashed line is supposed to represent the extra 45 days that were revealed in Daniel 12:12, and is shown on the Daniel 12 timeline page and in the discussion on the Mark 13 timeline page.

Similarly, the second horizontal bar represents the timeframe that the Lord will separate His people in the wilderness during the second half of the tribulation period, and renew His relationship with His people, Israel. This is the time for judgment and restoration. This too will conclude with the appearing of the Lord's glory in the millennial temple, following the battle of Armageddon (that ends the seven years of tribulation).

The very last point was to reemphasize the three periods of days, 1,260 days, 1,290 days, and 1,335 days, which all provide an idea of the length of time from near the mid-tribulation point to some significant action. More can be seen on these times in Daniel on this site by viewing the Daniel 12 timeline page. 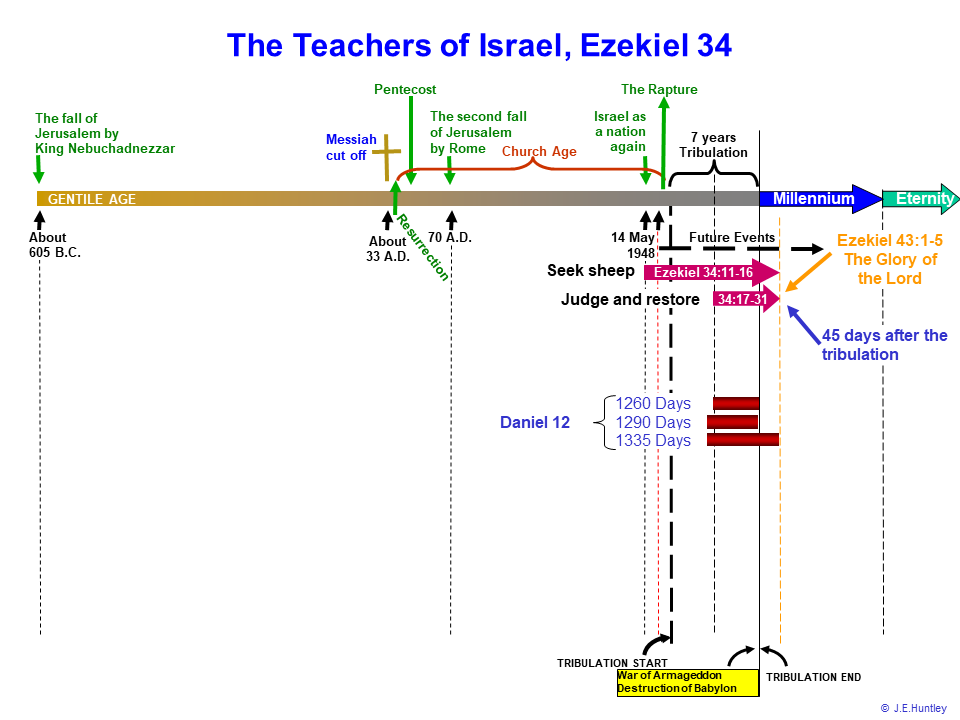