Interpretations: Dispensation of the Kingdom

The dispensation of the kingdom was prophesied since the beginning of the prophets since the world began, and its promise is to the children of Israel, even as many as the Lord shall call, Acts 2:38-39, Acts 3:17-21.

The dispensational test will be:

The dispensational failure will be:

The dispensational judgment will be: 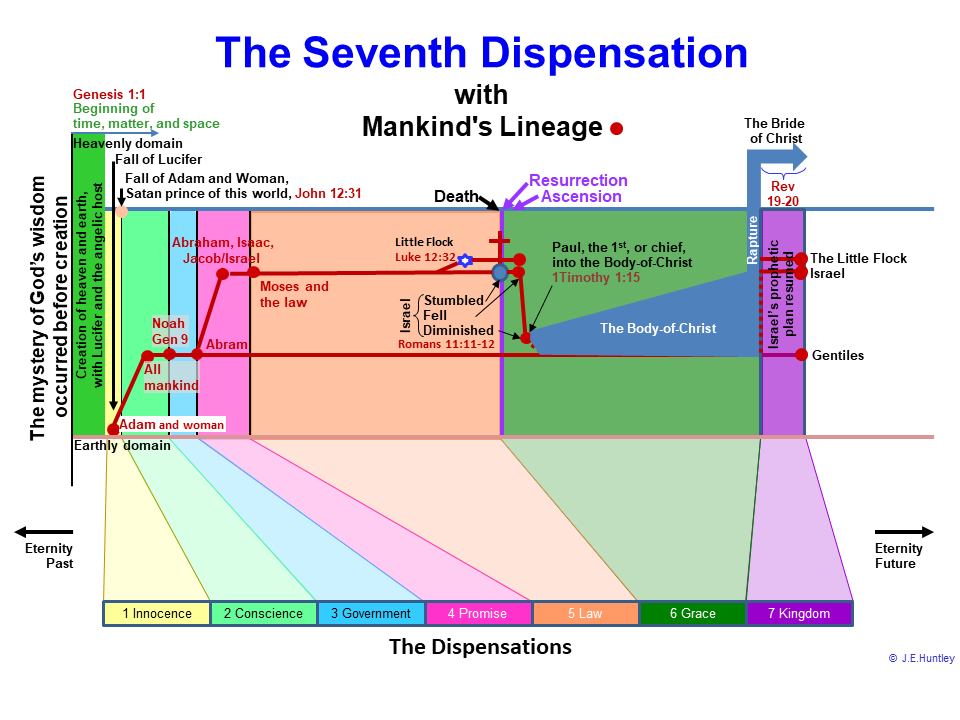 As John continued to have revealed to him the revelation of Jesus Christ, he saw many elements of what God has prepared for those who love Him, 1Corinthians 2:9, as eternity future begins, as described in Revelation 21-22. This is the joy that was set before the Lord as He endured the cross, Hebrews 12:2. The following are the events that lead to the end of the presence of fleshly man on earth and transition to the glorification of all who were faithful and believed in Christ Jesus:

Paul described how Christ will deliver up the kingdom of God after putting down all rule, authority and power, and the last to be destroyed is death, 1Corinthians 15:24-28.

The following illustrates the three main groups of people enjoying the presence of the Lord through eternity. From top to bottom, is the Bride of Christ whom will be residing with the Lord in the new Jerusalem. This includes both the little flock and the Body-of-Christ. The second group are those of Israel who are on earth and will enjoy the everlasting covenants God made with them. The third group are the believing Gentiles, before the resurrection of the Lord Jesus Christ, and those who believed in Christ Jesus after the Lord snatched away His church into the clouds to be with Him for evermore, John 14:1-4, 1Thessalonians 4:13-18. 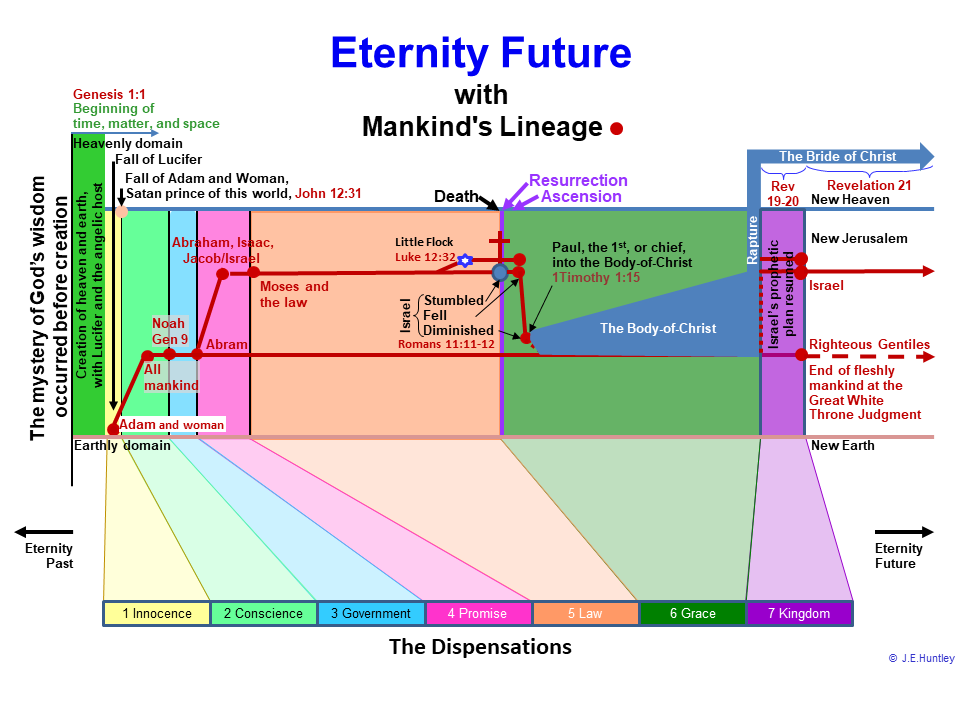