After being in the ark with the animals, God told Noah to exit the ark with his family and all the living animals with him, Genesis 7:11, 8:14-17. Noah then made an altar to the Lord and offered a burnt sacrifice to the Lord from every clean bird and animal, and the Lord responded by saying in His heart that He would never again curse the ground for man’s sake, despite the constant evil imagination of man, Genesis 8:20-22. Then the Lord initiated the third dispensation.

The Identification of the parties involved is the entire human race, where:

The dispensational judgment was:

The following graphic shows mankind’s lineage extending from only eight people on the ark, where potentially billions of people populated the earth before the flood and were destroyed in God’s worldwide judgement. The entire population of the world today came through three families from Noah; Shem, Ham, and Japheth, Genesis 9:18-29. Descendants of these family’s makeup the whole worldwide population until the end of the dispensation of the kingdom. 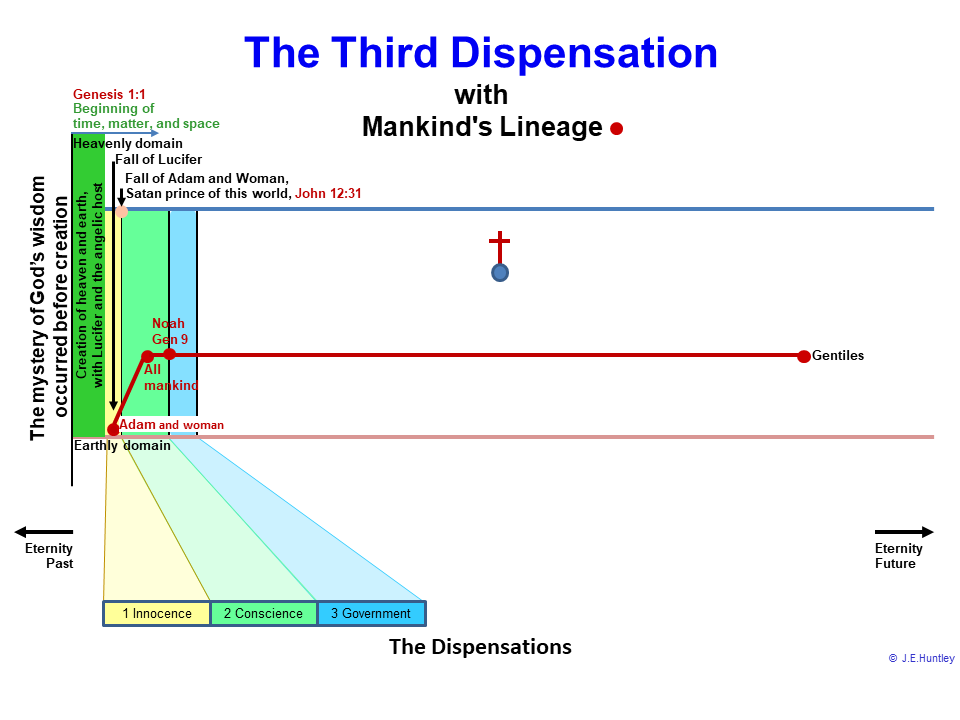