As mentioned in the description on the dispensation of government concerning the world’s population after the flood, how they quickly turned from obeying the Lord’s word of being fruitful, multiplying and replenishing the earth. Additionally, the early descendants of Noah coalesced into one place in defiance of God, seeking to build a high tower. Their efforts were in alignment with what Satan said when he fell. They desired to exalt themselves as gods, Isaiah 14:13-15. Despite the continued wickedness of mankind after the flood, the Lord appeared to Abram, calling on him to leave his country, family, and his father’s house to move to a new land God would show him, Genesis 12:1-4. Later, God appeared to Abram and told him that He brought him out of the Ur of the Chaldees to inherit the land of Canaan, Genesis 15:7. Once Abram finally acted as God directed, and separated himself from his last family member, Lot, Genesis 13:14-18, God met with Abram and imitated the dispensation of promise.

Identification of the party(ies) involved are Abram/Abraham and his natural seed, Israel (and all those who afterwards believe God in faith, Habakkuk 2:4):

The dispensational judgment was and will be:

The following graphic illustrates the point when God separated unto Himself one man and his family, Abram and Sarai. He did this to reveal Himself through Abram and his seed after him. The Lord said that He called Israel in righteousness, He would hold their hand, keep them and give them as a covenant to the people, as a light to the Gentiles, Isaiah 42:6. Paul wrote about this separation of Abram and how God declared Abram as righteous, before he and the male members in his household were circumcised, Romans 3:28-31-4:1-12. This recorded event in history, how God interacted with Abram, provides the great exemplar of God’s grace extended to us, apart from the law, in this dispensation of grace we live in today. 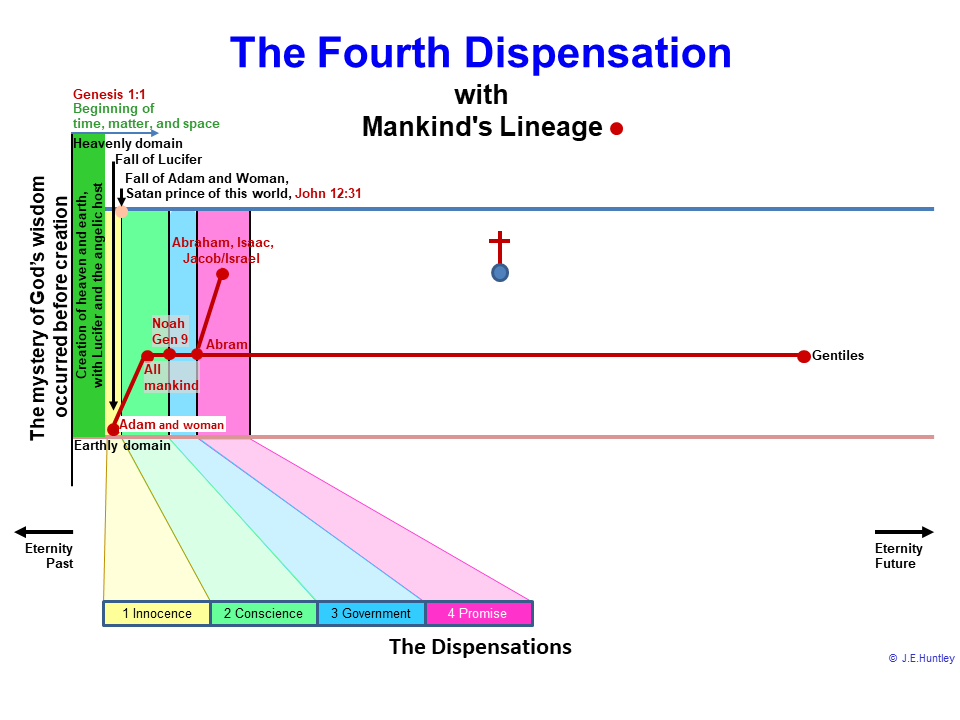