This whole section has been written from the perspective of the Jewish believers and the gospel of the kingdom, before the Lord’s divine appointment with Saul, who later became known as Paul, Acts 13:9, on the road to Damascus, Acts 9:2-16. Paul’s conversion to the belief in Christ Jesus is a critical point in human history with respect to God’s work with the Gentiles. There are no direct reference in any of the writings in the Old Testament, which include the four gospels, that had any reference to any of the mysteries that were revealed to Paul, which were for the Body-of-Christ, consisting of Jews and Gentiles, 1Corinthians 12:13. As a result of that lack of knowledge, they could not foresee the dispensation of grace, Ephesians 3:2, which Paul was the steward of, 1Corinthians 4:1-2. This was a new work of God among the Gentiles, since the nation of Israel had fallen, and the Lord was now bringing salvation to the Gentiles, Romans 11:11-12, waiting for the time for the fulness of Israel to be manifest in the millennial reign of Christ. Therefore, the previous timelines from a Jewish perspective are updated with the following timeline that includes the dispensation of grace, and the growing Body-of-Christ who were called out from the Gentiles as a new people for His name, Acts 15:12. The following section will then elaborate the details on the mystery program for the Body-of-Christ, based on the revealed mysteries to Paul. 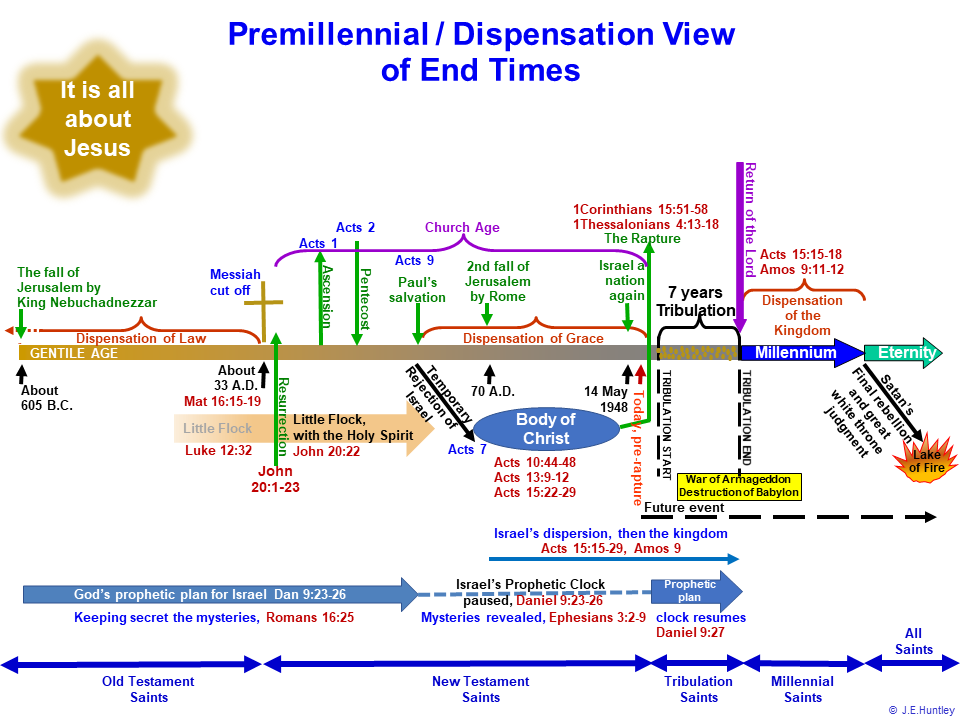