for the
Olivet Discourse

When the Lord responded to the question of the Pharisees, when the kingdom of God would come, Luke 17:20, He said that the Kingdom of God was not visible, but was within you. Just as he spoke with the Samaritan woman at the well, when the Lord announced to her that true worshipers will worship the Father in spirit and truth, which is what the Father seeks in worship of Him, John 4:21-24. In Luke 17:20-24, the Lord has identified two aspects of the kingdom of God, the spiritual that is within us today, and the physical manifestation of the kingdom in the future when the Lord Jesus Christ returns to establish His millennial rule over the world, Revelation 20:1-6. The following illustration shows this separation of the kingdom against the backdrop of the base timeline of the Revelation. More on the timeline can be seen on this site on the page sub-titled the survey of timelines for the church and Revelation. 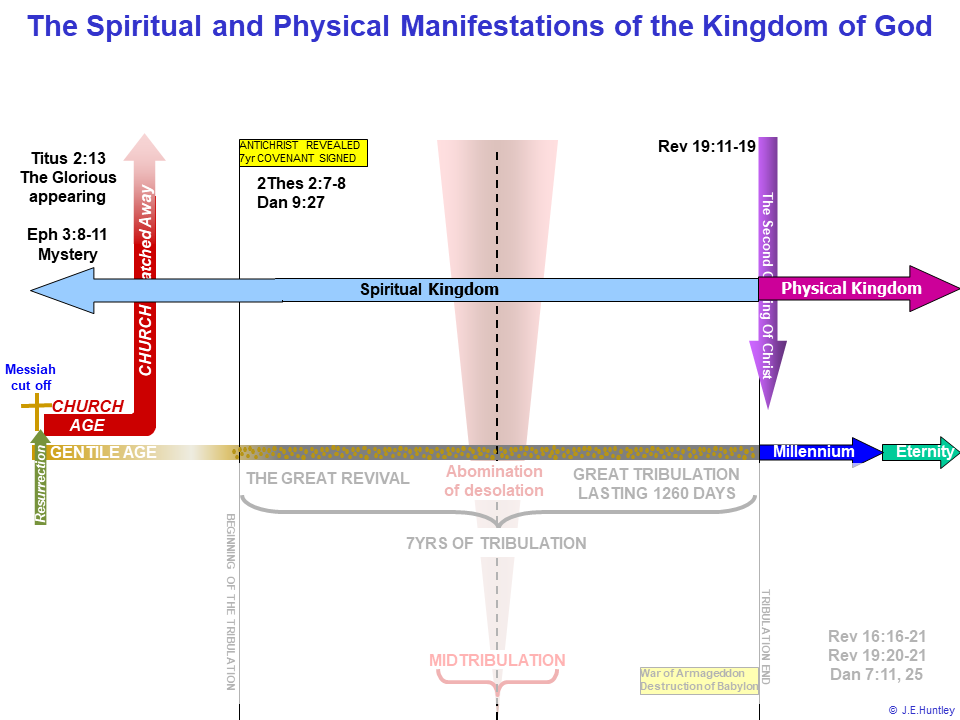